Against All Odds: A Couple With Down’s Syndrome Celebrates 24-Years Wedding Anniversary

People who are born with Down’s syndrome are believed to be unable to take care of themselves. Most of them never get married and have difficulty finding their place in society like independent individuals.

Due to their limited intellectual capacity, these individuals usually don’t get high education, which makes their chances of getting a decent job really small. However, they do possess some talents which they can use to develop certain skills, of course if they get some help and support from society. 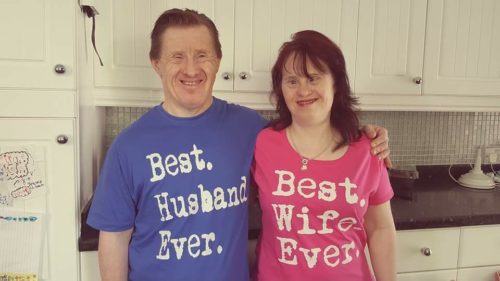 There have also been huge concerns when it comes to partnership and marriage amongst persons with Down’s syndrome. According to the experts, there are numerous advantages of such a marriage, such as having a close friend with whom they can share a lot of experiences, better socializing, emotional and spiritual growth, language stimulation, greater physical activity and higher chances of exploring the world and the environment.

Maryanne and Tommy Pilling are both born with Down’s syndrome. When they decided to get married their decision was greeted with criticism and skepticism, but fortunately, they proved everyone wrong.

They got married 20 years ago and this year they celebrated their 24th year wedding anniversary. They met each other for the first time in 1991 and got married 18 months later.

Maryanne’s sister Lindi shared with the public that her sister has always dreamed of a big, white wedding since her earliest childhood, so eventually, her dream came true.

Although Maryanne and Tommy live independently in their own home, her sister lives next door, so that she can be close to them in case the couple needs some help.

Maryanne says she was shocked when Tommy proposed to her. She also said that she is very grateful to everyone who supported their decision to get married, especially her mother.

Maryanne’s mother revealed that Tommy didn’t have enough money to buy a wedding ring, so he decided to propose to Maryanne with a plastic ring. However, she found out about his plan and helped him financially to buy a real ring for her daughter.

She also revealed that their marriage is more than amazing. They never argue and every time they walk down the street, they hold hands. They love and respect each other and their marriage is based on trust and pure emotions because they are unable to experience bad emotions like hate or jealousy.

Maryanne’s mother manages a Facebook page dedicated to this inspirational couple where she chronicles their love story and shares lovely photos of their marriage life. She added that their page has thousands of followers who admire the couple and send them plenty of lovely messages on a daily basis. 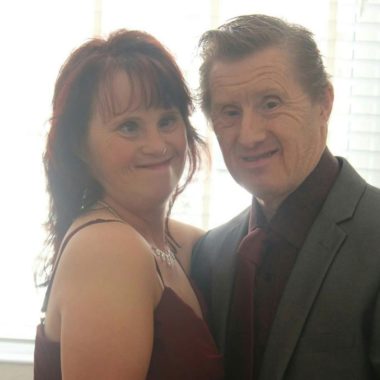 Maryanne’s sister believes that this love story will give some hope and faith to people whose children are born with Down’ syndrome, as they can live normally and happily too.