A Japanese Man Has Been Planting Thousands Of Flowers For Two Years To Make His Wife, Happy

If you truly love someone, you will do everything to make him/her happy. Mr. Kuroki from Japan is a case in point.
Namely, he and his wife have been married for 64 years. They have been working for over 30 years on their farm in Miyazaki.

They planned to travel across the world as soon as they retire. However, due to diabetes issues, Mrs. Kuroki lost her sight at the age of 52. Their plans for traveling across the world failed.

Mrs. Kuroki was broken emotionally. To make her happy, Mr. Kuroki decided to plant thousands of pink flowers in their small garden. Even though his wife would not be able to see the flowers, their fragrance would make her happy.

Mr. Kuroki has been planting flowers in his garden for 2 years. The farm was filled with thousands of flowers, which became a tourist attraction for over 7000 visitors.

People, who came to see the flowers, also wanted to visit Mrs. Kuroki. While the flowers are blooming, Mrs. Kuroki is spending her time in the garden.

If You’re A Night Person, Make Your Night Garden With These Flowers Bloom At Night 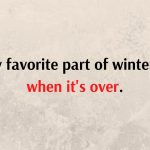 Be Happy! Spring Is Here: 5 Great Reasons Why We Should Be Happy 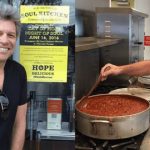 « No Matter How Hard Life Gets, Be Grateful For What You Have And Who You Are
Scientists Photographed The Magnificent And Rare South Philippine Dwarf Kingfisher Bird »