In February, the Police Department of Franklin took Ben Franklin, a trained golden retriever that should stand on the side of the law.

It was trained to offer safety to the community. However, even a professional dog may sometimes be tempted by some situations that may occur. 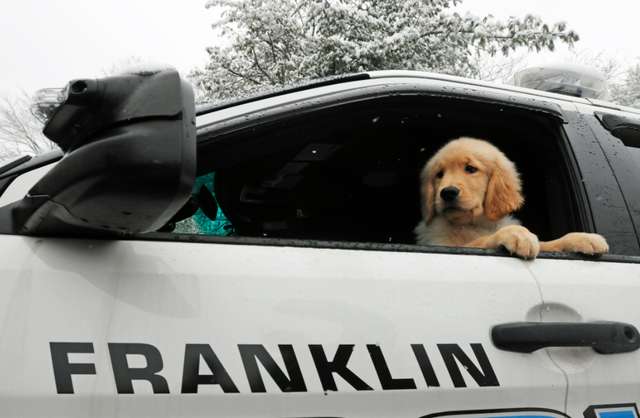 Namely, Ben Franklin has recently come over a room full of Christmas presents prepared for children in need. Ben could not hide his happiness.

Mucciarone, a police officer said that he entered the room and noticed how Ben had walked out of the room with an animal toy in his mouth. The officer let him take the toy.

The next day, when the door of the room was open again, Ben walked in and took another baby toy. However, while walking out, he was caught by a police officer.

When the officer started recording Ben, he ignored the camera and walked down the hallway. Under a desk, the officer found out a cache of toys that Ben has been stealing out of the room. 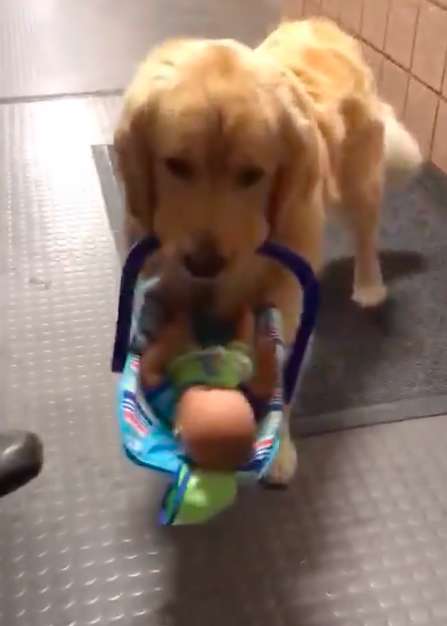 The Police Department wrote on Facebook that they have learned an important lesson. Namely, when you have a room full of toys you should either close the door or keep the toys up.

On the contrary, a golden retriever may steal them quietly and place them beneath a lair. 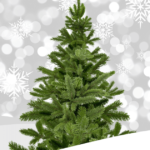 How Employees Decorate Their Working Places For Christmas