An Orangutan Reaching Out To Help A Forest Warden In Borneo

Anil Prabhakar is an amateur photographer who has captured a heart-warming sight in a conservation area in Borneo (an Indonesian island) while he was on a safari. He came across a forest warden who was clearing the river from snakes to protect the orangutans.

The very moment Anil was about to take a picture, an orangutan tried to help the warden out by offering him a hand. The whole moment was very emotional and Anil was proud and happy to have captured it. 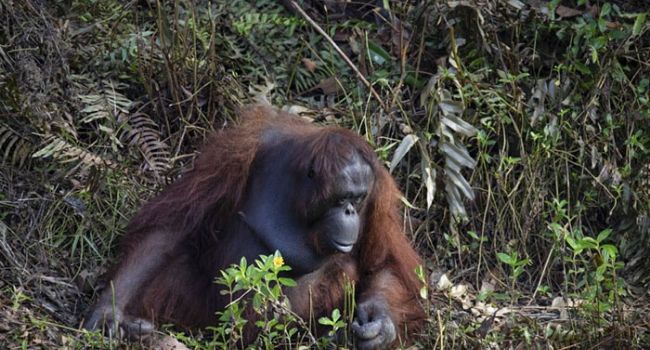 The orangutan’s act of kindness has melted a million hearts all over the world after this photo went viral and it has been liked more than 15,000 times on social media. 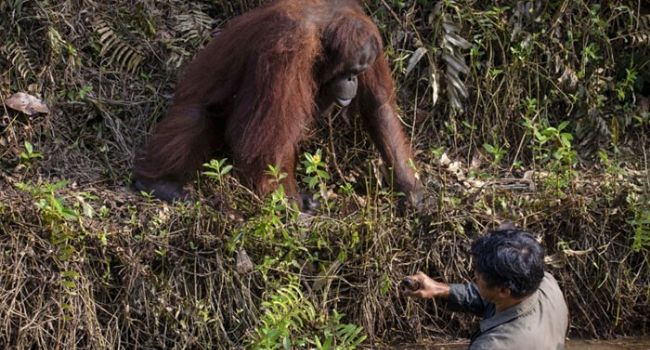 Anil explained that someone had told the warden there was a snake in the river. He went there to clear the bushes when an orangutan came closer and gave his hand to help him get out of the river.

The forest warden works for the “Borneo Orangutan Survival Foundation” which is a non-profit organization that helps to protect the orangutans’ habitat which unfortunately faces rapid deforestation.

This foundation was founded in 1991 and it takes care of 650 orangutans. Moreover, it also protects other flora and fauna since orangutans’ habitat is important to entire wildlife.

The tropical rainforests of Borneo are inhabited by 160 different snake species which are a serious menace to orangutans. It has been estimated that the orangutan population in Borneo has decreased by almost 80%. 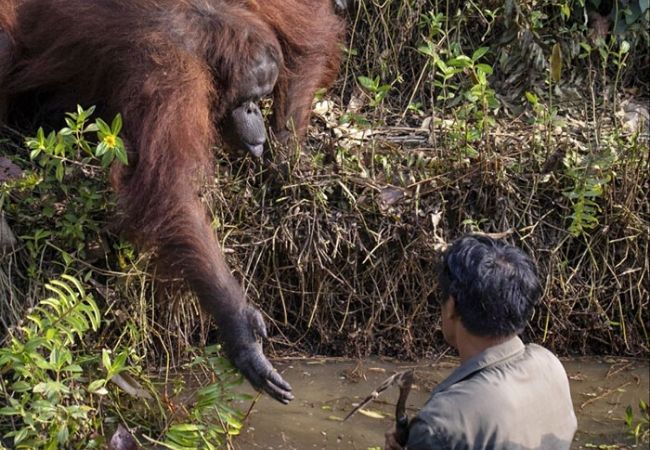 Therefore, the organization’s workers are trained to clear the rivers of snakes. They also use rubber snakes to teach orangutans to become aware of the dangerous limbless reptiles that threaten forest wildlife.

Here is a video of the entire teaching process.

« A Good Loyal Woman: One Of The Greatest Thing For Man
A Long-Distance Friendship: The Strongest And Most Genuine Friendship »