Winter is here and flu comes with it too. The Centers for Disease Control are noticing big flu activity around 23 states.

But stats and details aren’t enough if you want to raise awareness of this thing, especially to kids. That’s why some students from kindergarten to sixth grade who are in the autism department made an experiment. Guided by Jaralee Metcalf, a behavioral scientist, and Dayna Robertson, a special ED teacher, they named the experiment “How clean are your hands?”

Jaralee stated that they had been studying decaying organisms and mold with her students so to make an experiment on how germs affect mold creation would be perfect. 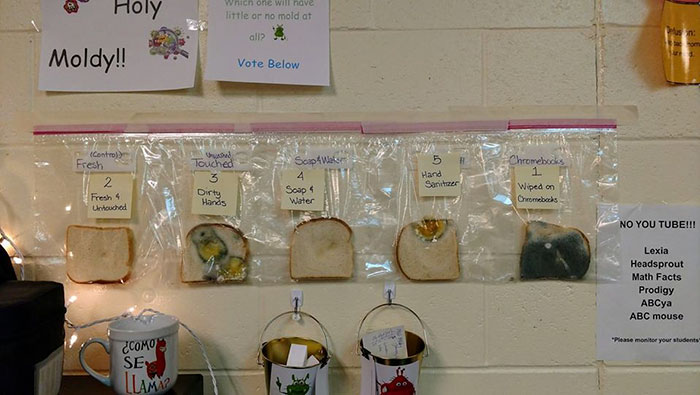 All the students were very eager to see the results. And because the result was so horrifying, everybody in the school agreed to pay more attention to keeping better hygiene. Kids from all around the school and different classrooms have gathered in to see the moldy bread slices. With all this said, the experiment was a total success. Jaralee Metcalf used that opportunity to speak to all the parents that only washing the kids’ hands isn’t enough at all and if sick kids go to school they put everyone at risk of getting infected, so that’s why she insists on parents’ keeping their sick kids at home. 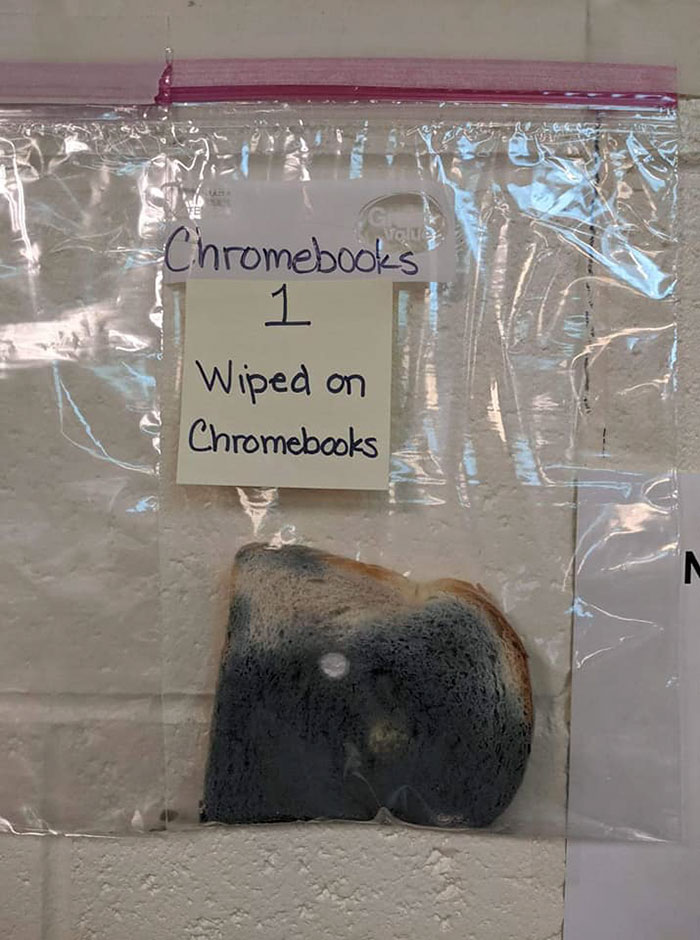 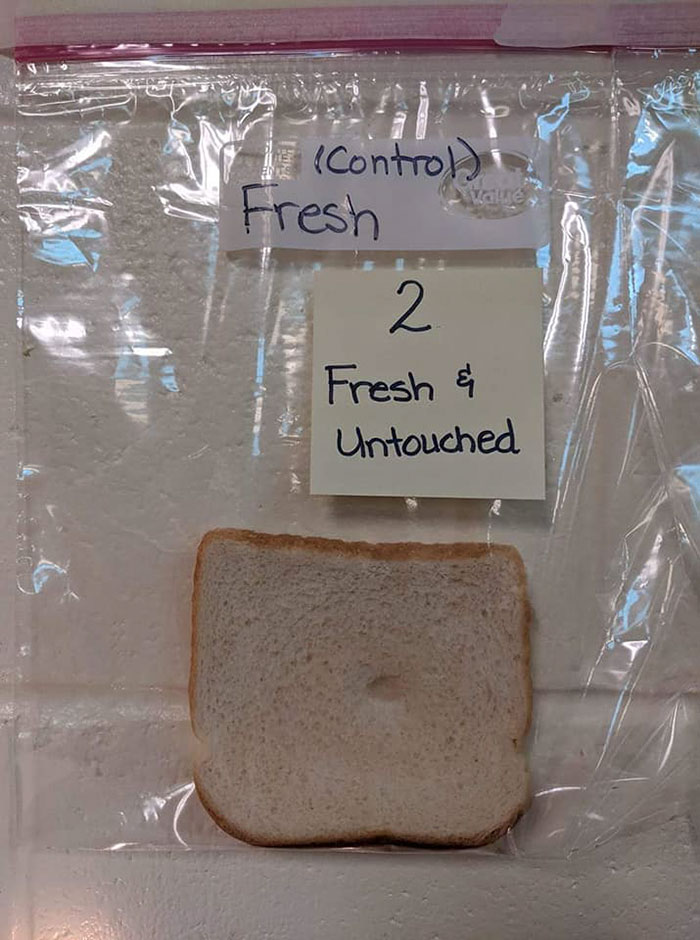 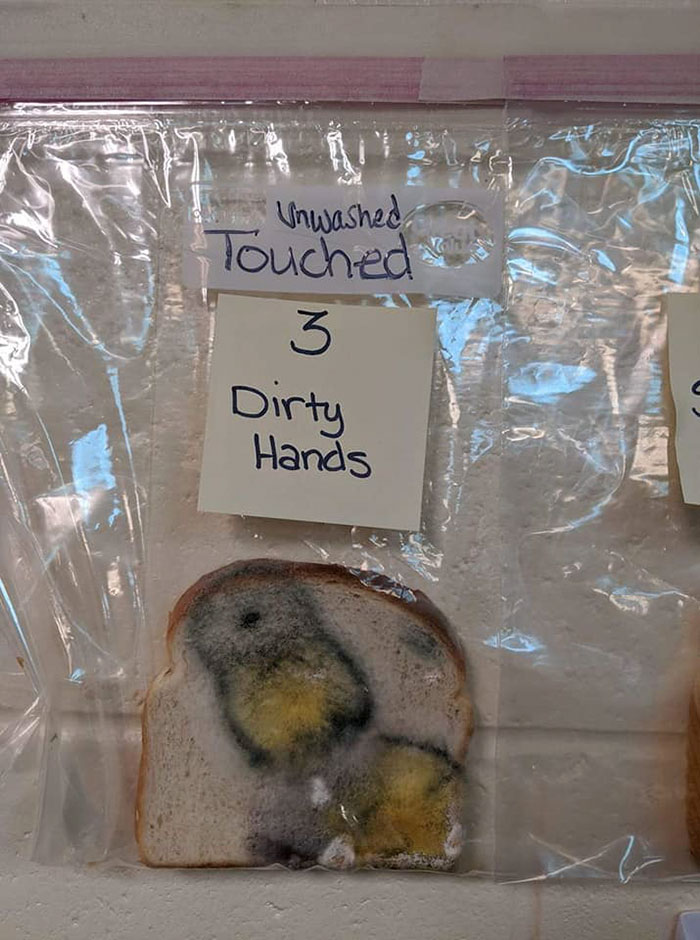 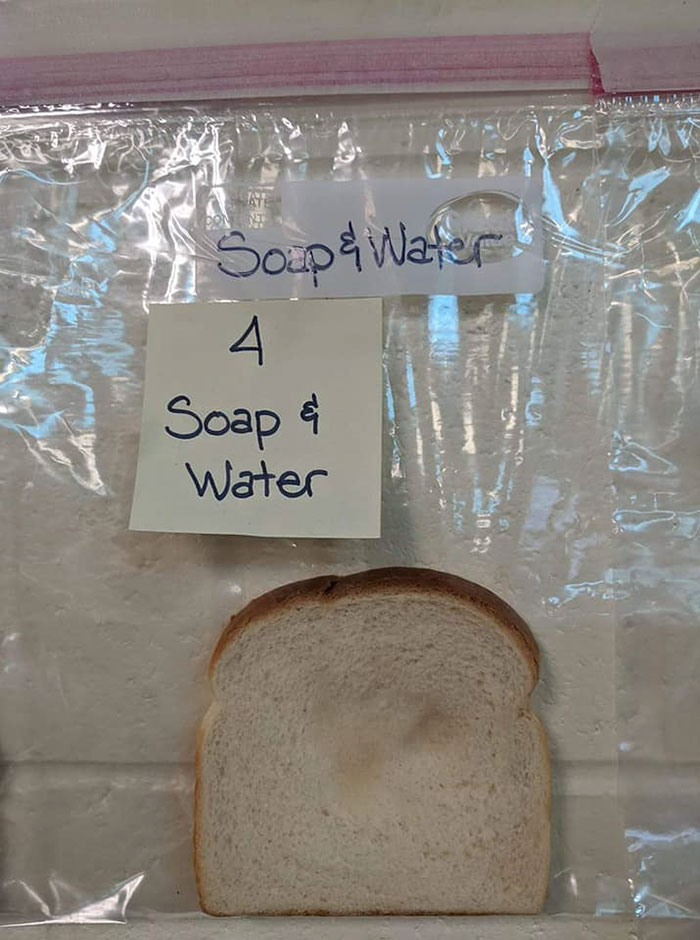 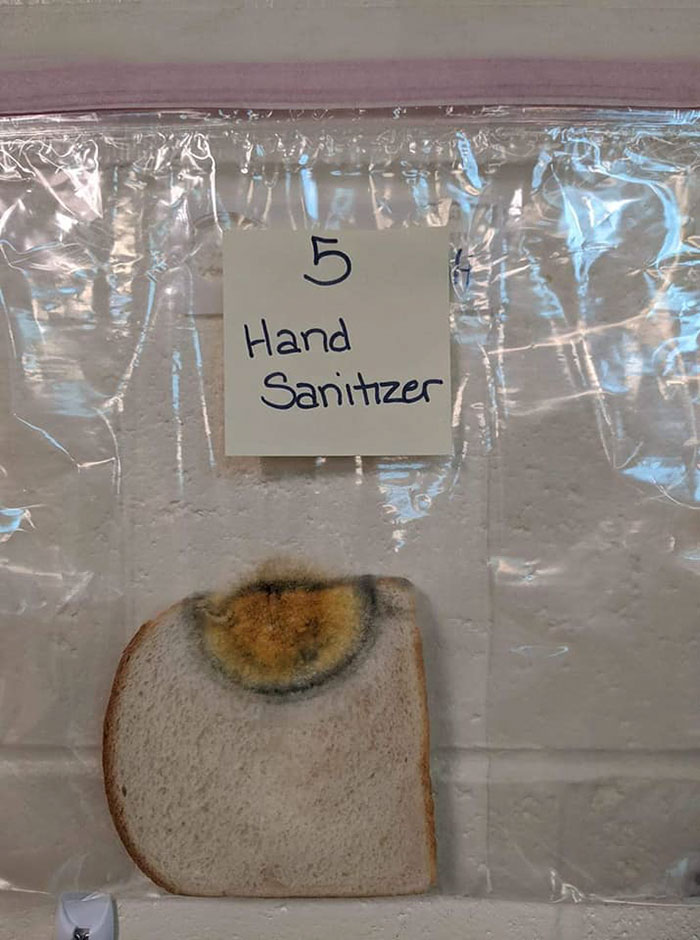 Jaralee posted all about the experiment on her Facebook. 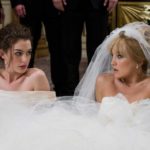 Science Confirms: The Meanest Friend Cares About You The Most