An incredible sum of money (more than billion dollars) was donated for the restoration of the Notre Dame Cathedral in Paris.

This has raised many questions because instead of addressing more fundamental issues such as homelessness, poverty, and the environment, billionaires have decided to donate large sums of money for something that brings no benefit to the planet.

Hansjörg Wyss, who is a billionaire philanthropist and CEO of the Wyss Foundation, has pledged to donate about one billion dollars for promoting the environmental protection efforts over the next 10 years.

Namely, his plan involves buying large parts of land across the planet and turning them into public national parks.

He believes that we can increase the level of safety and protection of our planet by making the wildlands and waters public so that everyone can experience and explore them. According to his estimations, such contribution can protect around 30% of our planet by the end of 2030.

Prior to this pledge, Wyss has also donated incredible sums of money for supporting similar efforts for the past 20 years.

He hopes that in this way the public awareness regarding such important issues will be significantly raised. A part of the money will be also donated for scientific studies that will help the scientists to identify the most suitable strategies necessary for reaching their target. 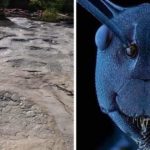 Something Incredible Around Us: Fascinating Photos Of Things We Rarely See

Bee – Most Important Living Being On Planet