How Coffee Reduces The Risk Of Cancer And Liver Disease

Good news for coffee lovers! A recent study confirms that regular coffee drinkers are at lower risk to develop liver cancer. This research also says that 25-70% of coffee drinkers can avoid cirrhosis compared with those who do not drink coffee.

Three to five cups of coffee per day which is considered a moderate consumption of coffee can significantly reduce the risk of cirrhosis and liver disease. Chronic liver disease is one of the most common diseases which may lead to death.

It is believed that the number of people currently suffering from a chronic liver condition is over 29 million.

However, this number is probably much higher because this disease is accompanied by undetectable symptoms. It is a silent killer disease because there are almost no symptoms.

Being a complex organ the liver has an important role in the metabolic processes. Therefore, in order to prevent damage or inflammation of the liver we need to keep the levels of liver enzymes low. One way of doing that is by consuming coffee.

Research has confirmed that coffee drinkers have considerably low levels of liver enzymes compared to those who avoid coffee. ‘British Liver Trust’ recommends that it is important to understand how coffee if regularly consumed can affect the disease by preventing the same or slowing it down.

This research also says that coffee intake is not just helpful in reducing the risk of liver disease but there is also a link between coffee consumption and the reduction of risk of type 2 diabetes. So, hopefully this is fantastic news for those who enjoy a freshly brewed cup of coffee. 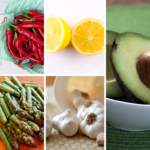 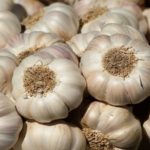 How To Naturally Prevent Stroke, Heart Attack And Cancer