Carl Allamby, a car mechanic, graduated medicine at the age of 47. He is now working as a resident in the Cleveland Clinic Akron General hospital. Carl comes from a poor family and has two brothers and three sisters.

At the age of 16, he started working in a car-parts store. He was a great expert of cars, but was an average student at school. When he finished school, he rented a building and started repairing cars.

However, at the age of 40, he decided to enroll in college. In 2006, he started taking up night classes, but he missed biology classes. When he realized that he needed biology to graduate, he took it up. This changed his life. He knew that he wanted to be a doctor. As a child, he remembered dreaming about being a doctor. But, there were not black doctors that he could take as role models.

Even though it seemed impossible to become a doctor at the age of 40, Carl got all the support from his family and friends. Before getting his degree, Carl decided to sell off his business. He had a wife and four children, and going to full-time classes was hard and expensive. However, he managed to ace every class, and was also chosen as a representative of the Board of Trustees.

His success and personality amazed the committee at the Cleveland Clinic Akron General hospital, where Carl got a three-year residency. Everybody was amazed by him. Not only his ethic and personality made him distinguishable, but also his race. Being a black doctor means that he has a special relationship with people like him.

Researches show that black patients feel better with black doctors. However, the number of black doctors is decreasing each year. Black students are not encouraged to enroll in medicine. Carl intends to encourage black students to become doctors, but not at the age of 40. 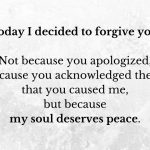 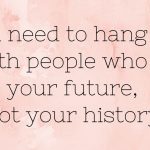 If You Have Friends Like These, You’re Probably Better Off Without Them