Recently, Simon Meehan, a 15-year old Irish teenager, won 1st place in the fifty-fourth BT Young Scientist and Technology Exhibition for finding out that the chemicals in blackberry leaf may form antibiotics, which can efficiently fight antibiotic-resistant Staphylococcus aureus (MRSA). He was one of the 1.100 students, who took part in 550 projects.

Simon was declared a Young Scientist and Technologist of the year, because he found out an organic, non-toxic antibiotic after analyzing more than 10 plants in the locality, where he lives.

In addition, ‘superbugs’ or antibiotic-resistant bacteria can develop a resistance to certain medicines. Therefore, instead of preventing some health issues, the bacteria in the body can mutate and change to make the medicines ineffective.

Simon stated that people are over-thinking science in many ways. Simon’s work combined analytic chemistry, microbiology, and botany in order to show its potential of getting rid of Staphylococcus aureus.

It was also found out that it is effective in eliminating Pseudomonas aeruginosa, a deadly bug, particularly for patients who suffer from cystic fibrosis. Simon extracted the anti-microbial parts from the plants and the roots with ethanol and then evaluated their antibiotic properties.

Professor John O’Halloran, a judge of the biological and ecological category, stated that this amazing project explored the ability of the extract of blackberry leaf to regulate harmful bacteria within the body. 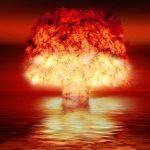 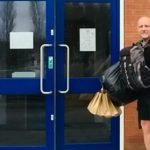 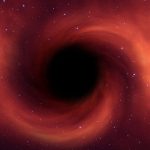 NASA: A ‘Cosmic Killer’ Black Hole Thought To Provide ‘A Missing Link’ Has Been Found Out

« Old Ginger-Garlic Soup Recipe Used In The Past To Beat Cold, Flu, Sinus Infections And Excess Mucus
Supercharge Your Dopamine Levels So You Won’t Feel Anxious Or Depressed »