Almost everyone knows the popular American animated series “Tom and Jerry” which will never stop being popular and entertaining for millions of people who spent their whole childhood following the adventures of these two characters.

It’s all about the attempts of the determined cat Tom to capture the clever and lucky mouse, Jerry. Despite Jerry’s incredible cunning abilities, the mouse-hunting moments have always resulted in some unwanted scenarios, especially for the tomcat. 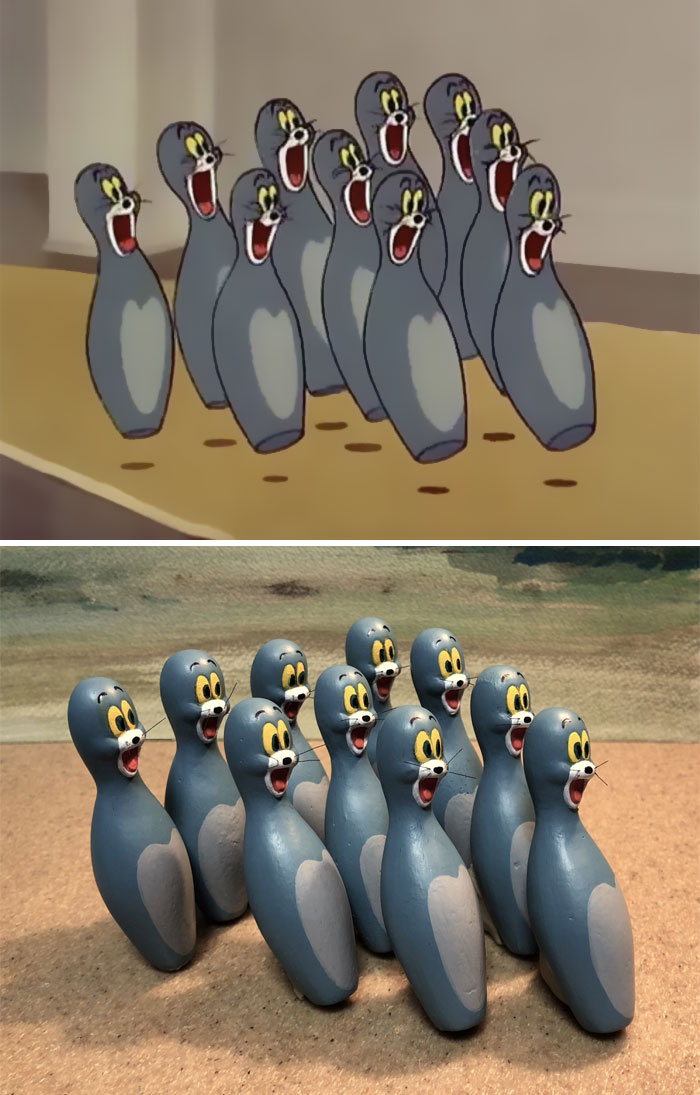 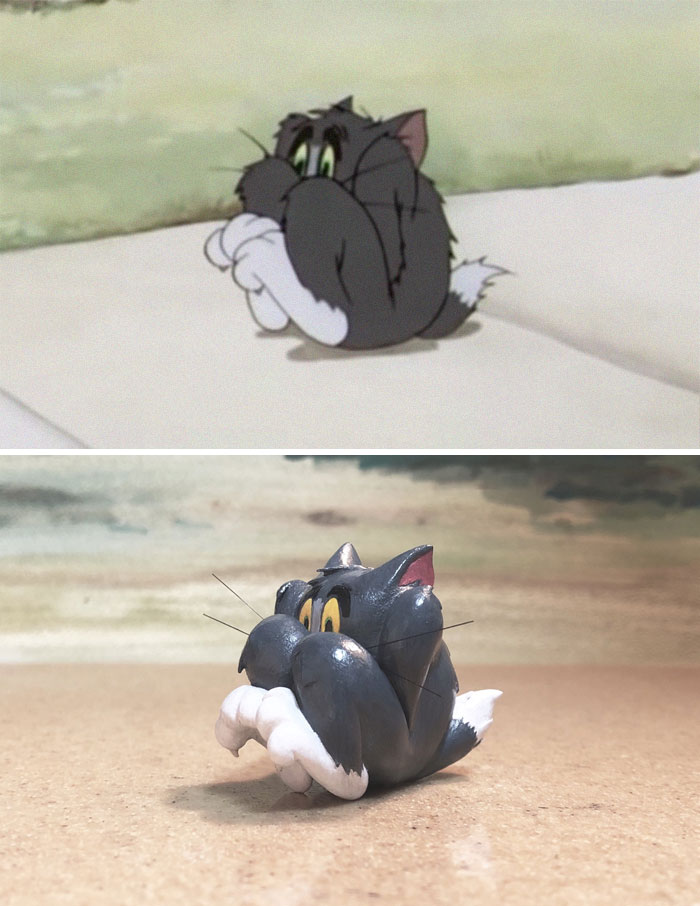 They usually included broken noses, legs, and bruises followed by chaos and destruction. 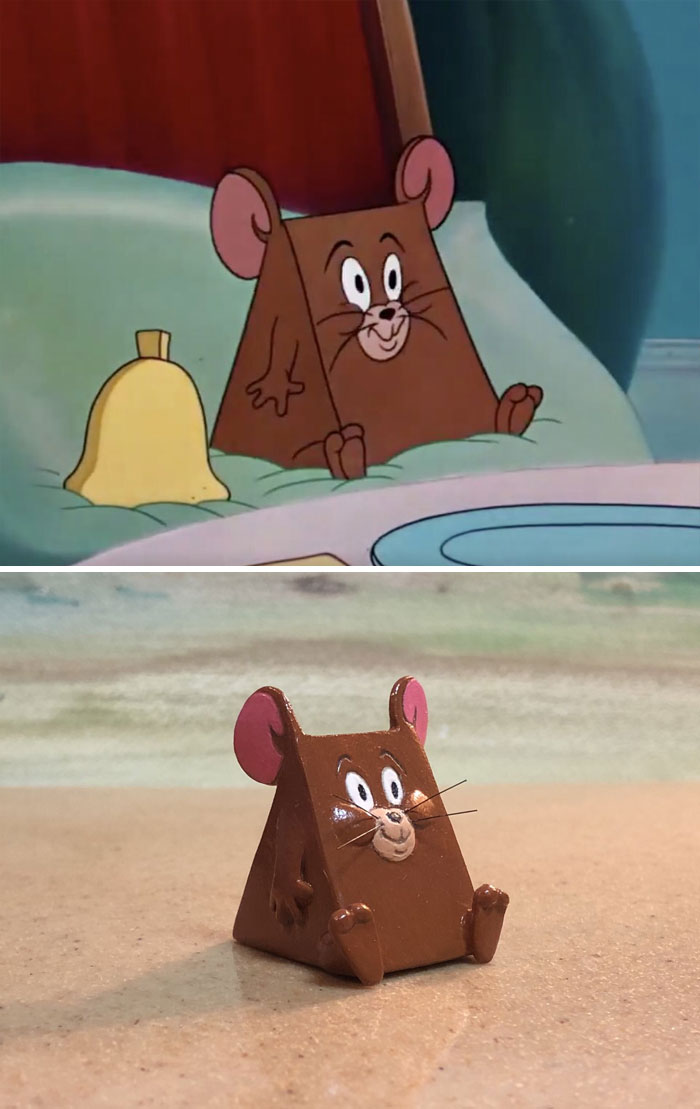 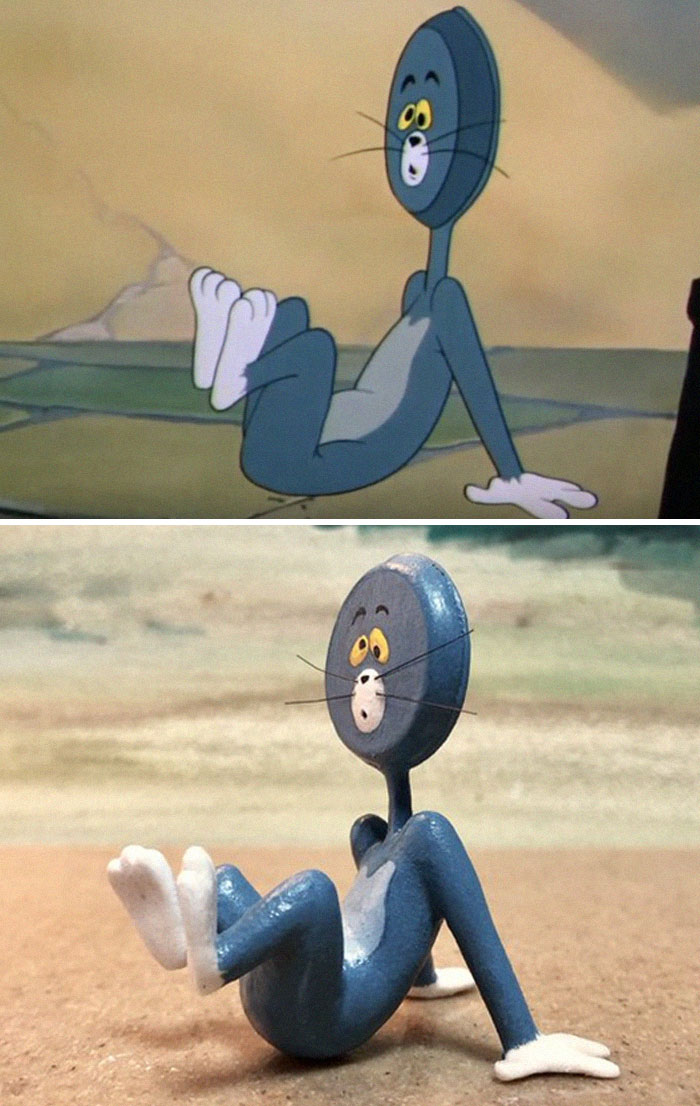 However, the funniest unfortunate moments they both experienced were shown when their bodies or heads took the shape of the particular objects they had been hit with. 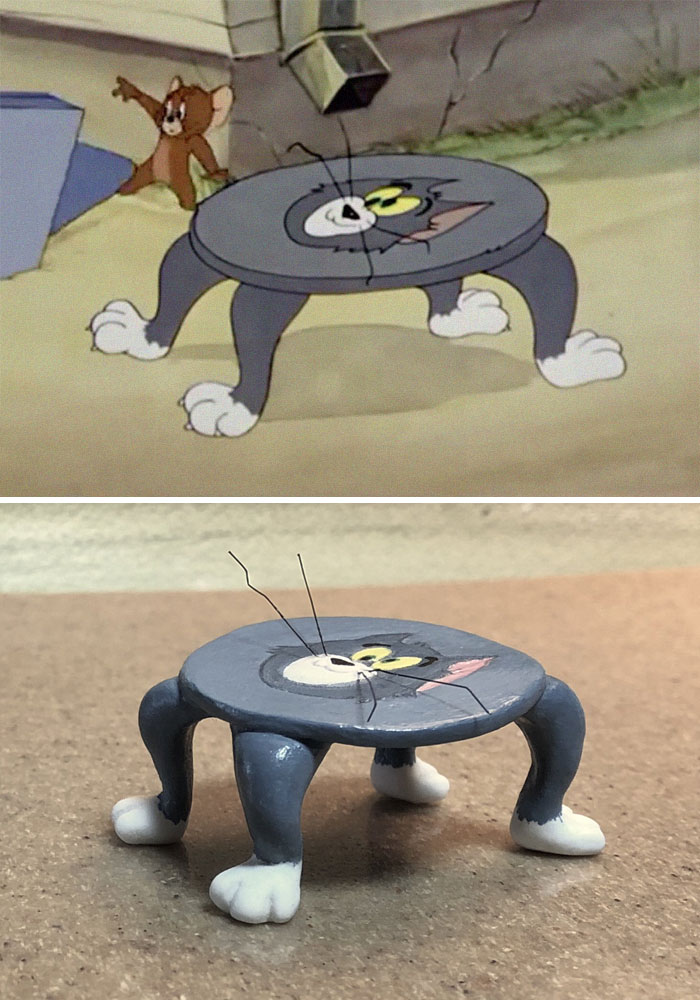 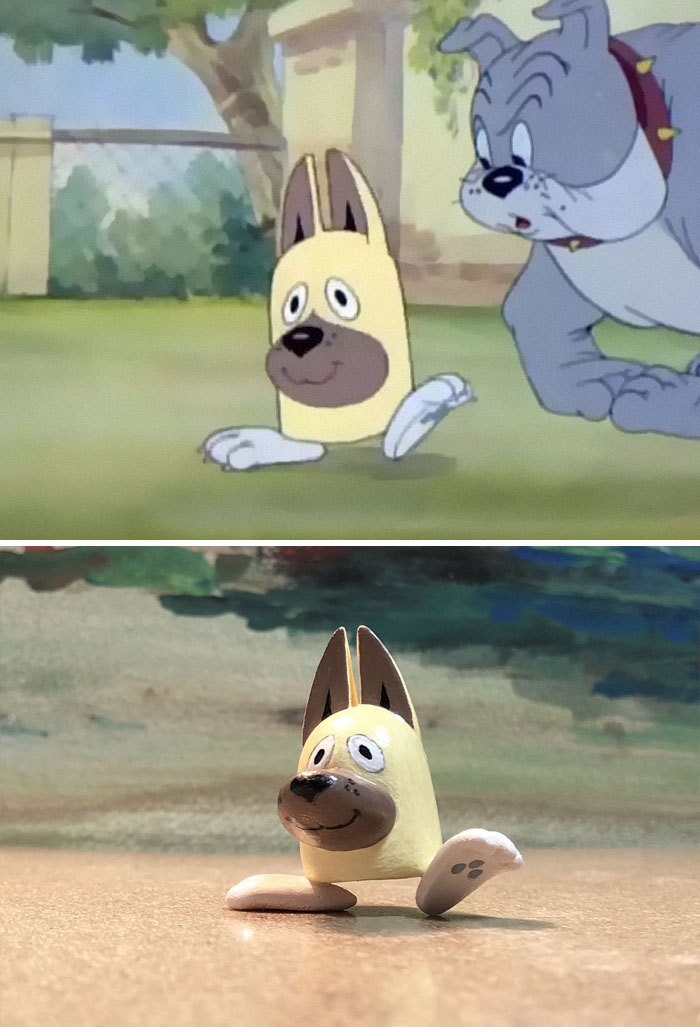 All hilarious poses Tom and Jerry found themselves in, have become an inspiration for the Japanese artist, Taku Inoue to turn them into amusing little sculptures. 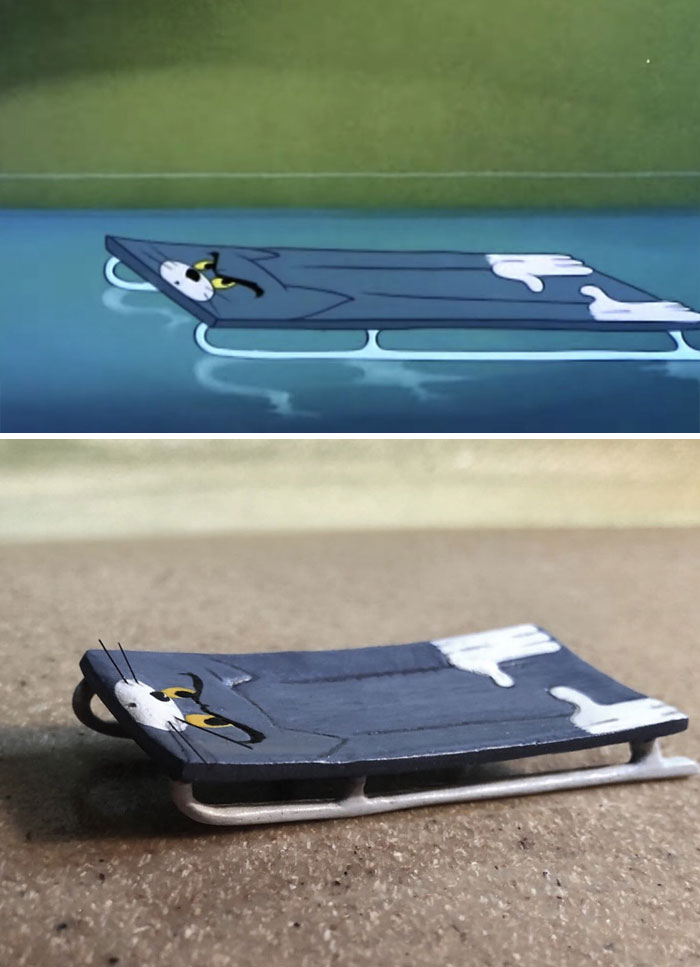 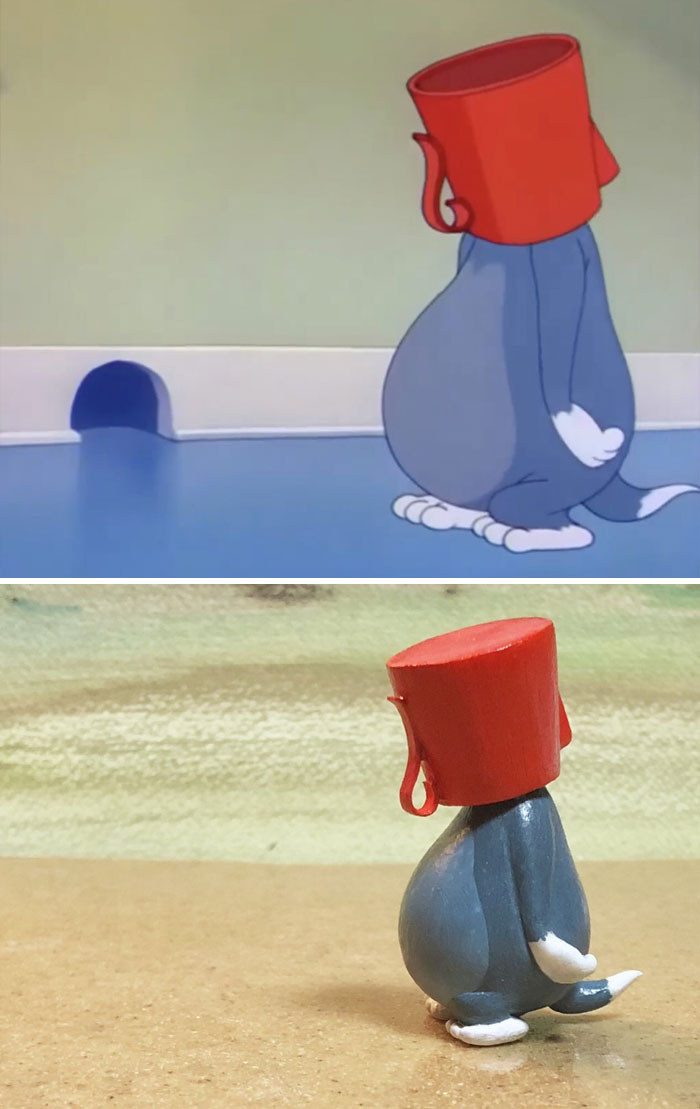 This cartoon was created in 1940 by Joseph Barbera and William Hanna. The very first animation featured the naughty tomcat and the mouse which were primarily named Jasper and Jinx. 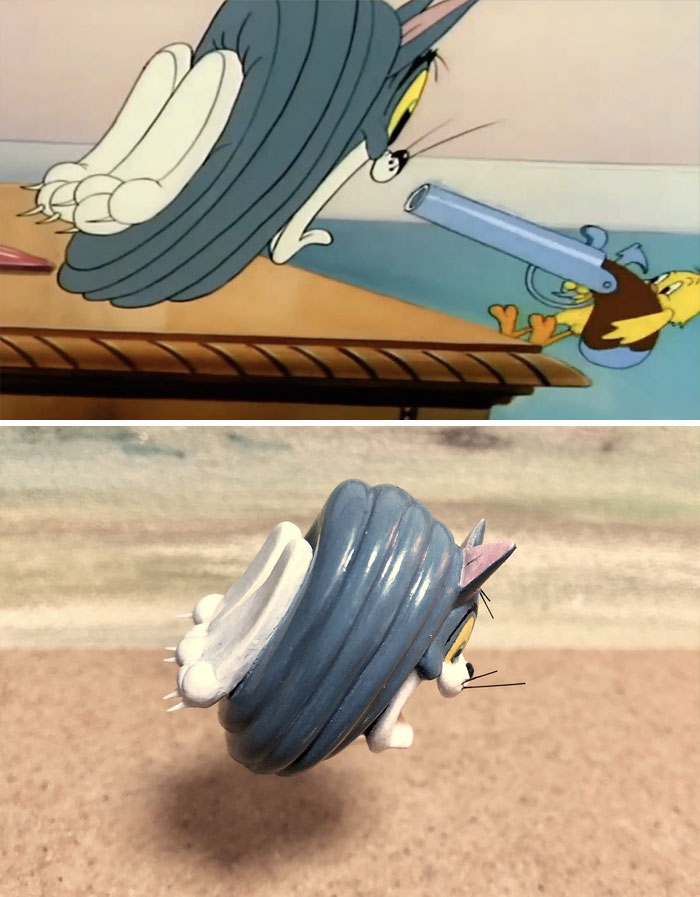 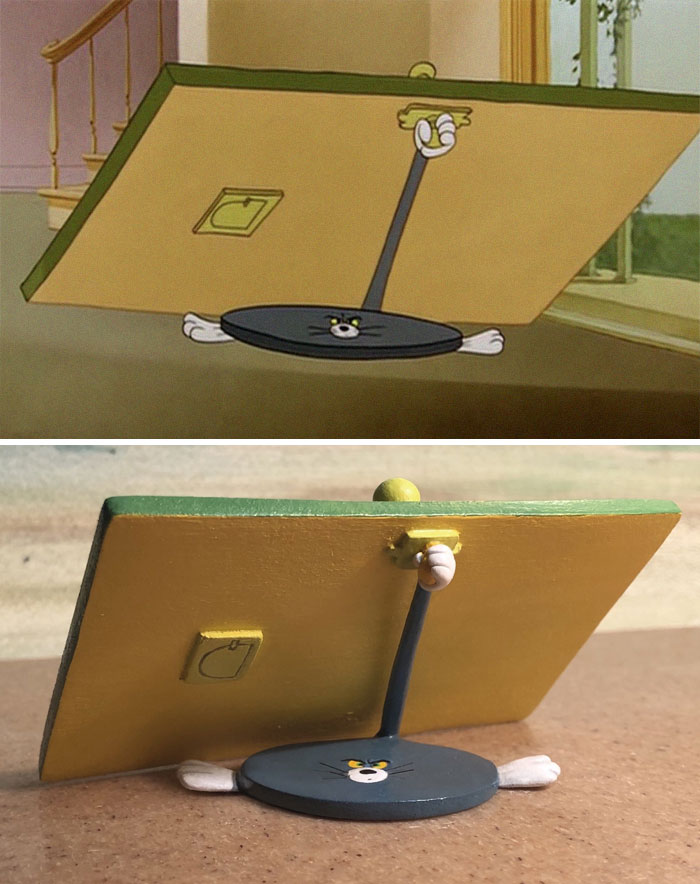 It also featured Jasper’s owner who was punishing and scolding the cat for its naughtiness. Interestingly, the employees of Metro-Goldwyn-Mayer Studios found the idea of a cat-and-mouse cartoon quite boring and too common. 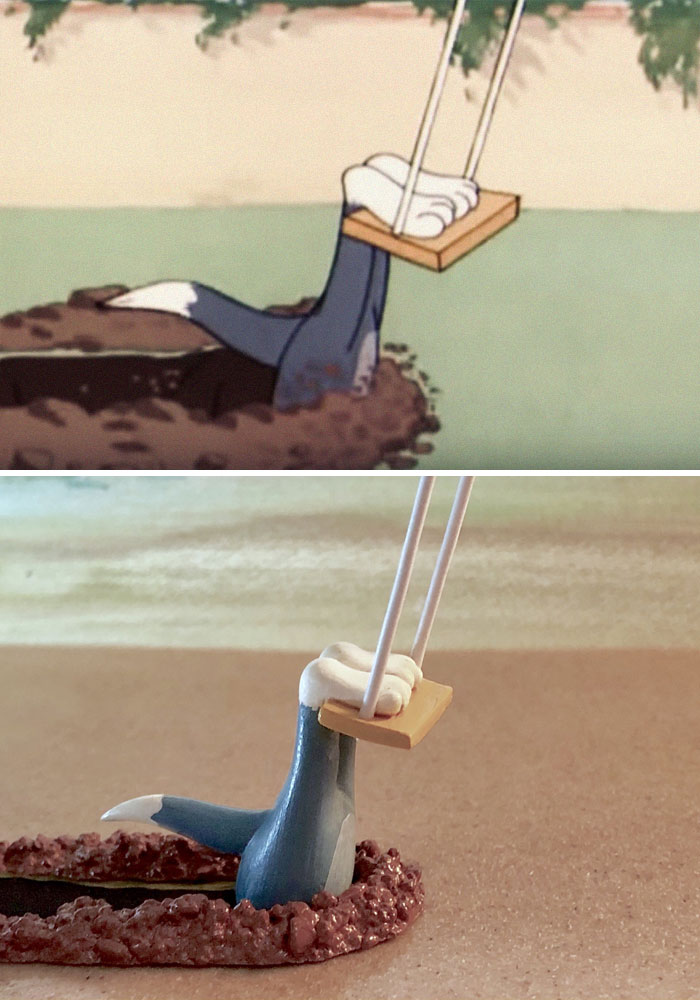 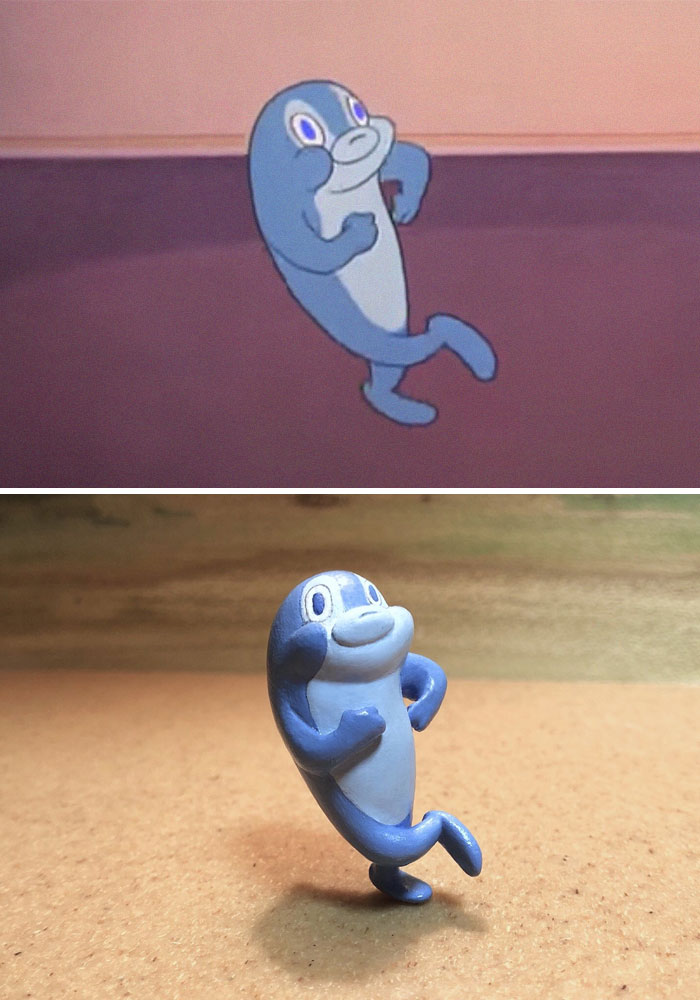 So, after the first episode was released, Joseph Barbera and William Hanna stopped working on this project for a while. 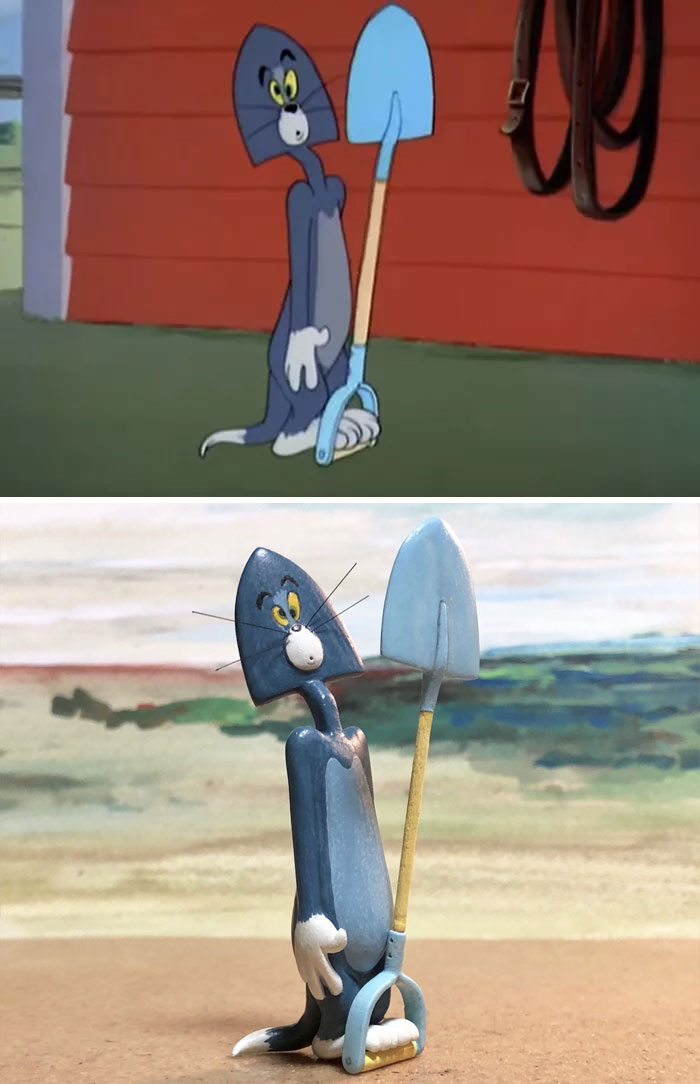 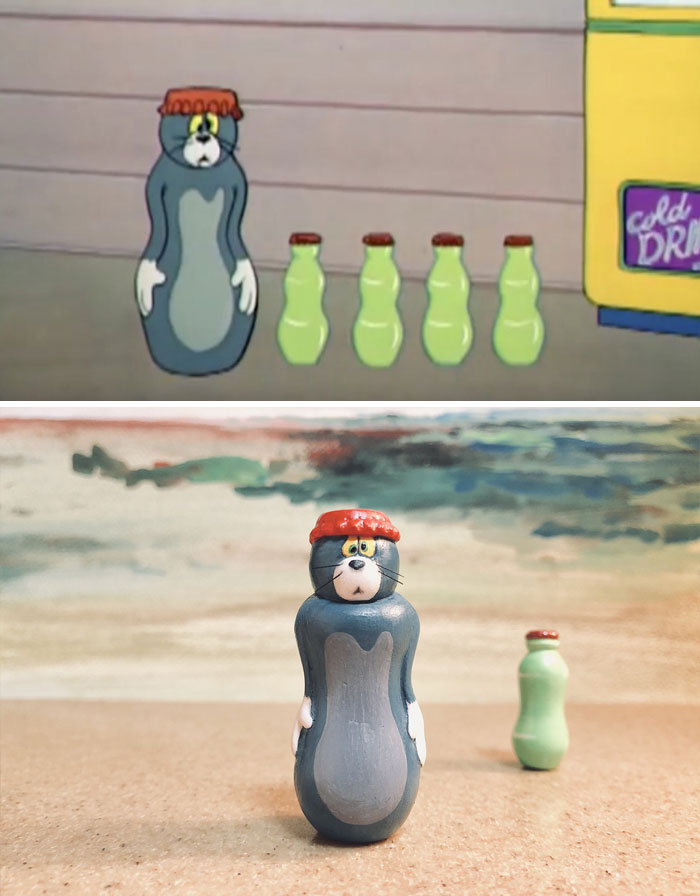 However, the cartoon gained its popularity about a year later which brought the two creators back to work on the series. They produced 114 shorts from 1940 until 1958. During this period, they won 7 Academy Awards for Best Animated Short Film. 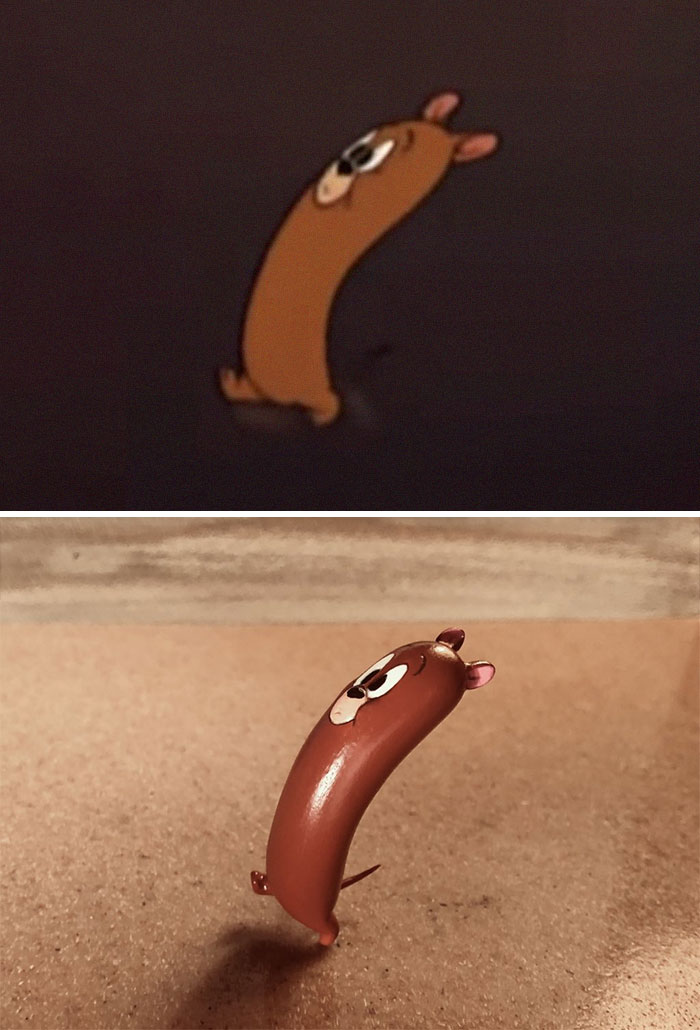 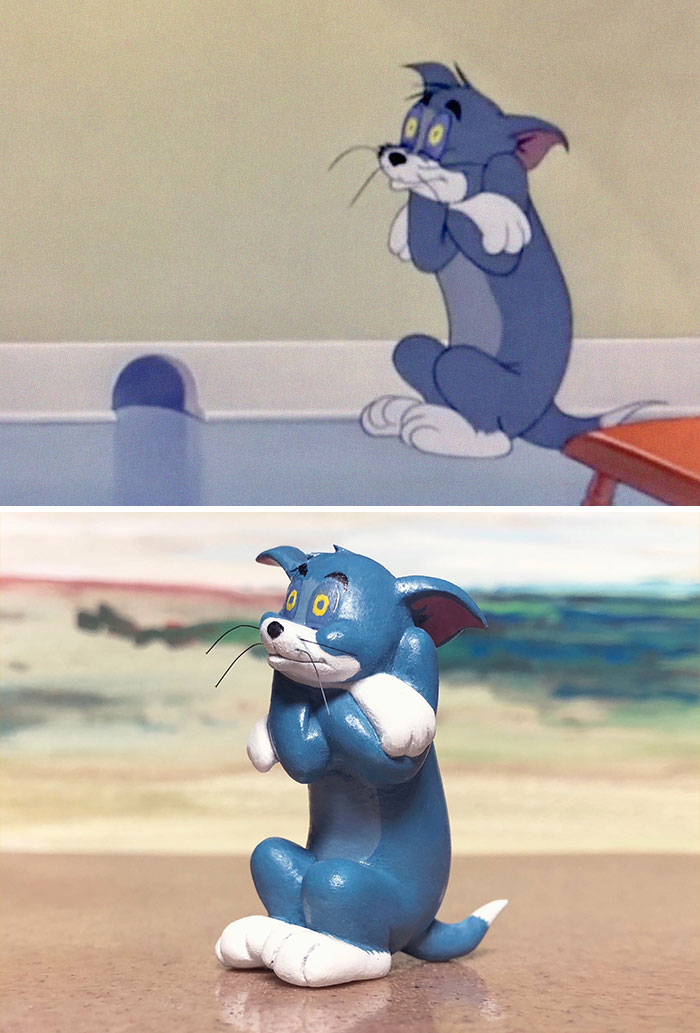 In most shorts, Tom is trying to catch the little house mouse, but there were also shorts where they are seen as going along quite well. In the field of animation, this cartoon has shown quite a lot of violence, although it never involved blood. 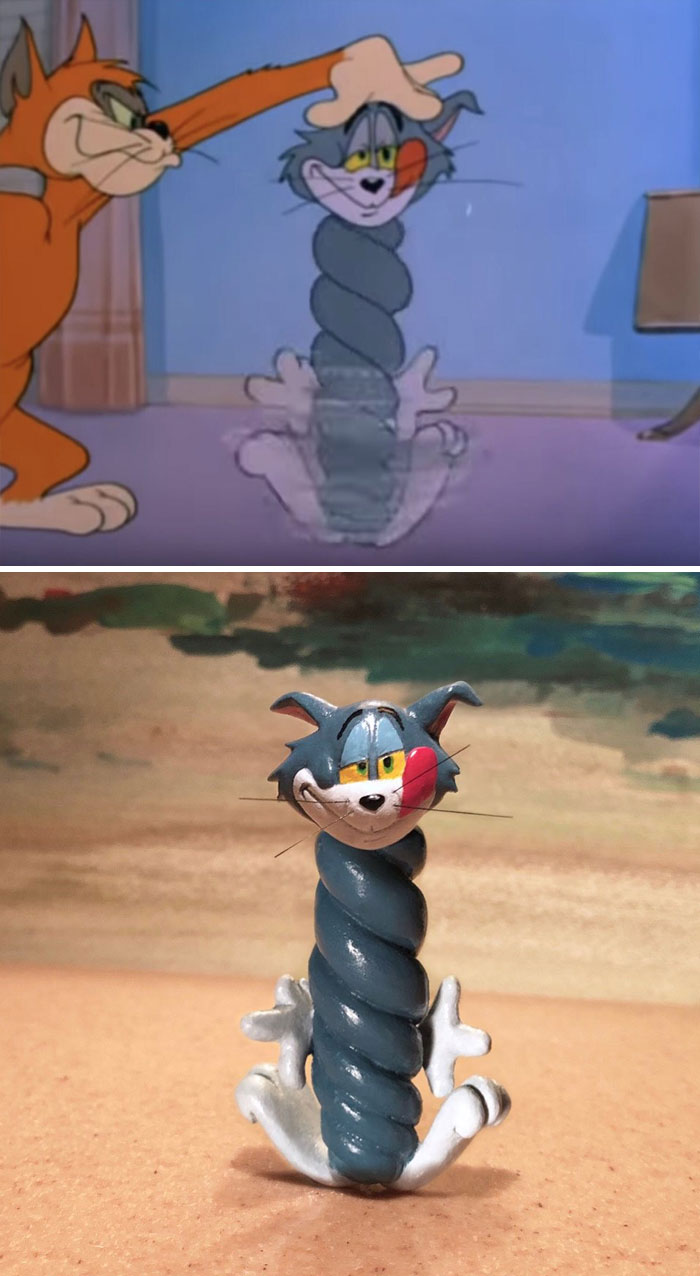 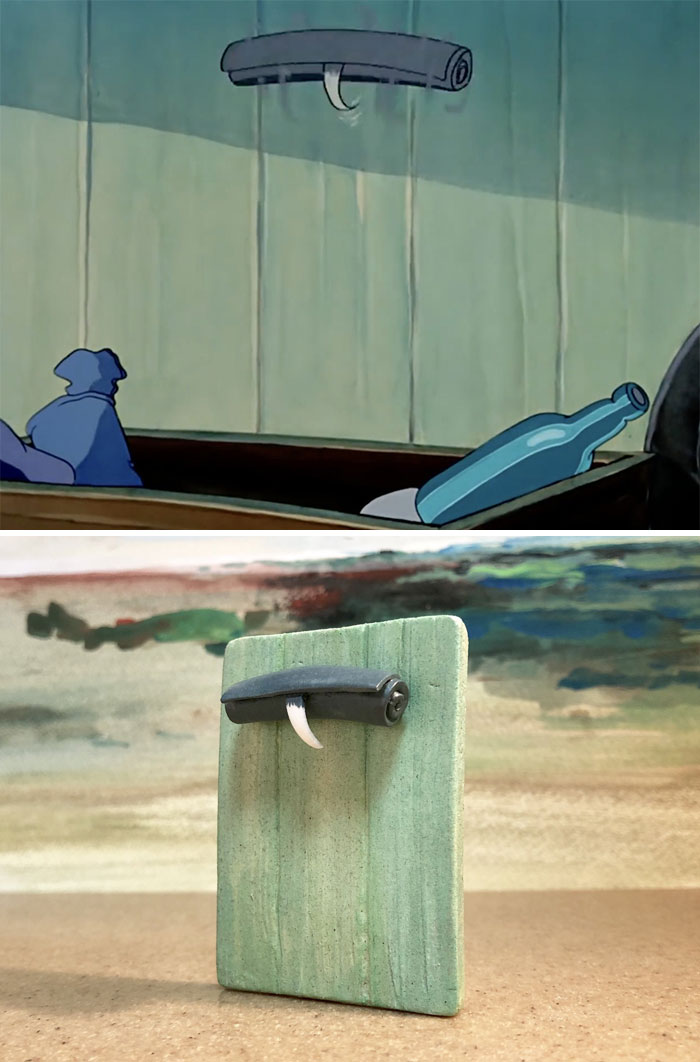 The role of the music was highly important because it included enhancing the emotions shown in the scenes. It was created by the American composer Walter Scott Bradley.

« If You Ignore A Woman, You Only Teach Her How To Live Without You
Meet The “Dog With Sign” – A Cute Puppy With A Protest Signs »