Lion, Bear And Tiger ‘Brothers’ Haven’t Left Each Other’s Side For 15 Years

Can you imagine a lion, a tiger and a bear living together in harmony and peace? Sounds unbelievable, doesn’t it? Well, this has become an everyday sight at the NAAS (Noah’s Ark Animal Sanctuary) in Georgia.

Namely, an African lion, a Bengal tiger, and an American black bear have been living together peacefully for 15 years.

If we take into consideration their natural differences this doesn’t make sense at all. But, once you learn their story, you will understand why these three animals get along so well. 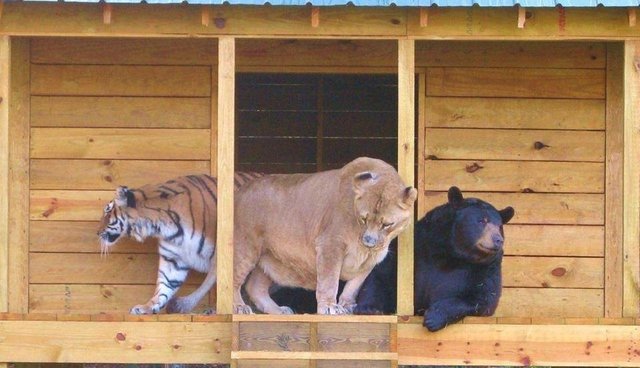 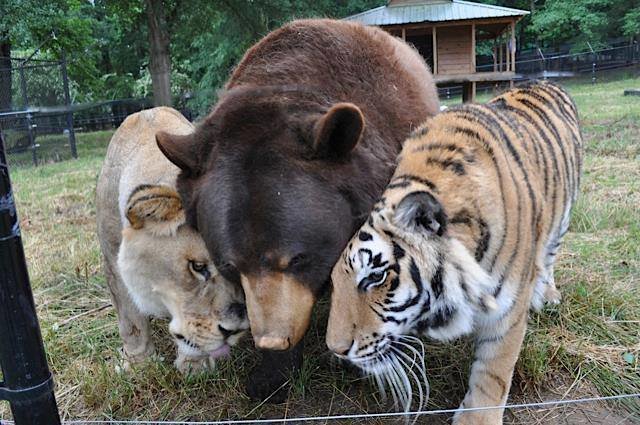 About 15 years ago, Baloo, the bear, Leo, the lion, and Shere Khan, the tiger, were rescued by the NAAS team. The three cubs were held captive in a basement of a house in Atlanta, Georgia and were discovered during a drug raid.

The three animals were scared and malnourished and had both external and internal parasites. Baloo, the bear, had outgrown the basement, so his captors put a harness around his body to keep him tied up.

As he got bigger, they didn’t make his harness less tight, which caused his body to grow around the harness just like trees sometimes grow around poles or fences. This has made really deep wounds on his body and after being rescued he underwent surgical treatment.

This was the first time the three animals have been separated. They weren’t brought back to the wild because their injuries were extremely severe, so they stayed at the sanctuary which has become their home. 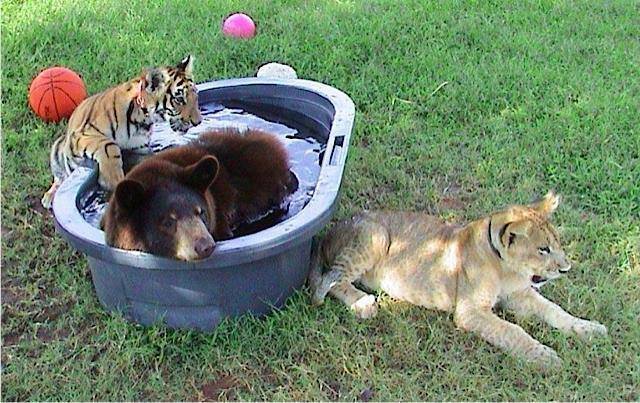 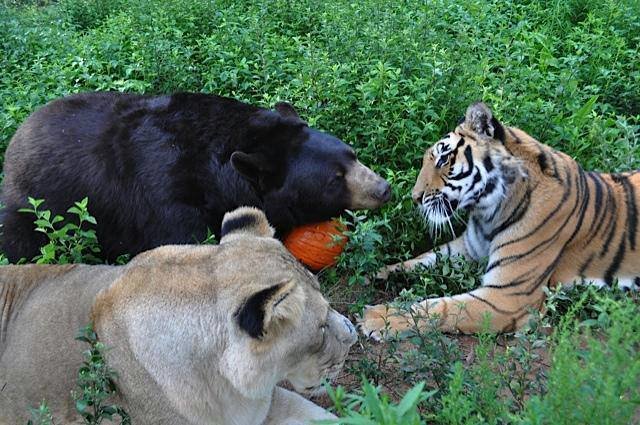 Since then, they have been enjoying each other’s company and get along very well. They sleep together, play together and eat together. And most important of all, they give each other great comfort. 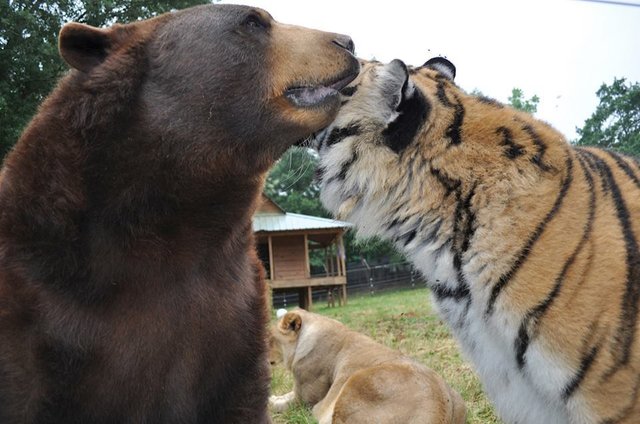 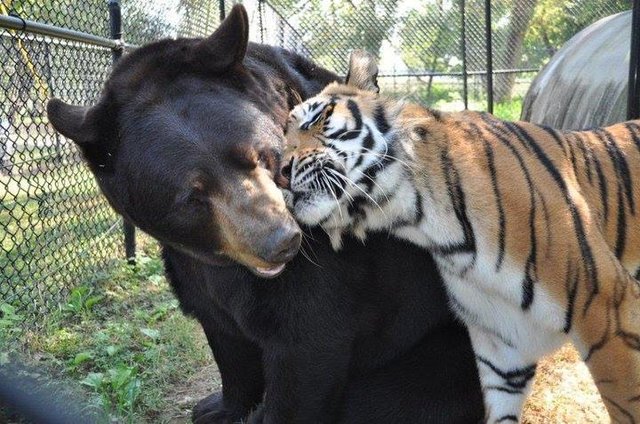 Now, the three brothers are getting old together and thanks to the NAAS team they can spend the rest of their lives, together, enjoying the sun, and getting the necessary treatment. 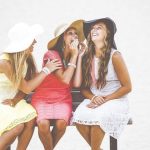 A Long-Distance Friendship: The Strongest And Most Genuine Friendship 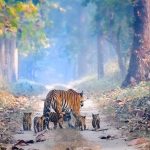 « Monday’s Full Moon Will Be Impressive: The Biggest And Brightest This Year
Sometimes Even The Strongest People Get Tired And Exhausted And Need A Break »