Kyle Burgess, 26, from Utah was having a run in Slate Canyon when he saw four cute kittens close to the trail. He stopped to take a video of the cute animals about which he thought were bobcats, but soon realized that he was awfully wrong.

As soon as he started filming, a big mountain lion mama came out of the close bushes.

He immediately started walking backward but the cougar followed him growling and hissing. For the next six minutes, he walked backward and tried to fend off angry mama cougar by roaring.

In an interview for NY Times, Kyle Burgess said that he was lucky to have escaped unscathed from that encounter.

He didn’t have any wildlife training so he tried to stay calm and talk away from the cougar, but anything could’ve happened in those six minutes.

When mama cougar first saw Kyle, her first instincts were to chase him away from her cubs. First, she tried to hide in the woods in order to flank him, but then she went on the open trail and walked toward him.

As Kyle was walking backward away from the cougar, he tried saying different things to her to fend her off, he even tried roaring. It seemed that none of that was helping. She growled and hissed back at him but she maintained her distance.

Kyle Burgess said that he remembered someone told him to make himself look big when threatened by a wild animal so he tried holding his arms up and roaring, but every time his gaze would wander, mama cougar would lunge at him getting closer and closer.

The Utah Department of Natural Resources’ Division of Wildlife Resources was alerted of the situation and sent a team the next day to relocate the cougar and her cubs more deeply into the woods.

Scott Root from the department said that he worked there for 30 years, and never has a fatal attack by a cougar occurred. Cougars are usually solitary and they don’t really like mixing with humans so they keep their distance, unless, as it is in Kyle’s situation, they’re defending their cubs.

Scott also said after watching Kyle’s video, that the cougar was actually making a show of attacks just to fend him off with no real intentions of attacking him. Many other animals such as bears or moose do these bluff charges too.

All the things Kyle did to protect himself, such as speaking loudly, keeping eye contact, backing away slowly, not running, were correct, but wildlife can be very unpredictable and the most important thing for people that have encounters with wild animals is to stay away from their young.

The cougar clearly didn’t think of Kyle as prey, she just felt her cubs were threatened and tried to chase him away.

In the end, Kyle grabbed a rock from the ground and threw it at the cougar successfully making her run back to her cubs. 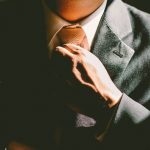 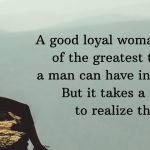 A Good Loyal Woman: One Of The Greatest Thing For Man 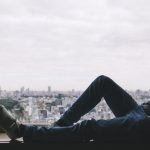 List Of 6 Things Every Man Needs In A Relationship