Sloths are painfully slow, and it’s never a good idea for them to cross a street. This adorable sloth in Quevedo, Ecuador was feeling adventurous and took a stroll but decided everything was a bit too much for him and stopped in the middle of the street.


The local police quickly found out about it and went on the cutest mission to save the sloth. They posted many photos of the adorable sloth and their rescue mission on Facebook and many people instantly fell in love with the little sloth and were glad to find out that everything turned out well in the end.

One question remains unanswered though, why did the sloth want to cross that street in the first place? 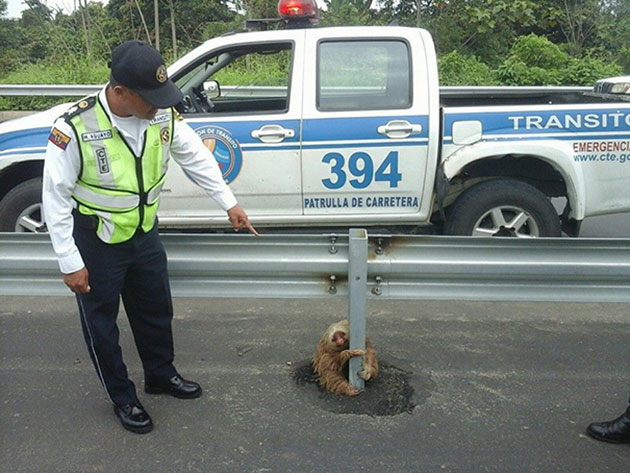 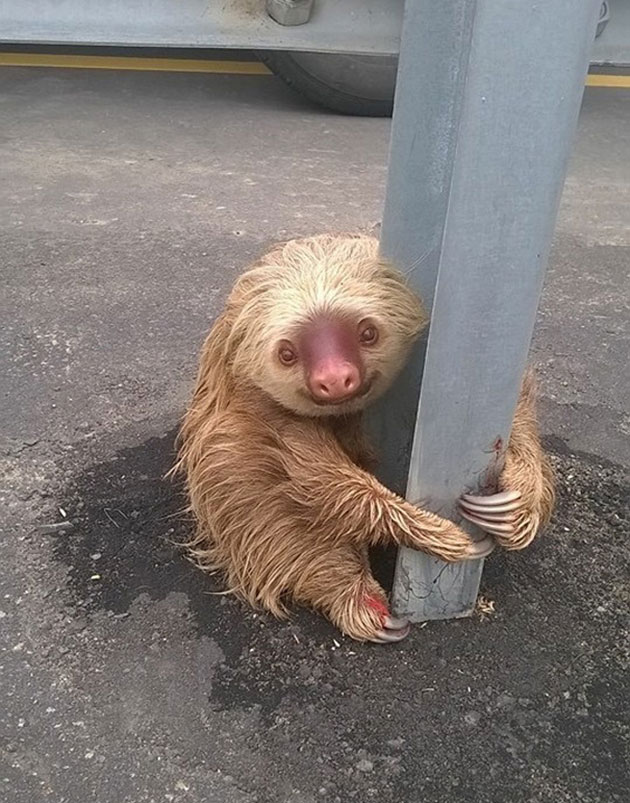 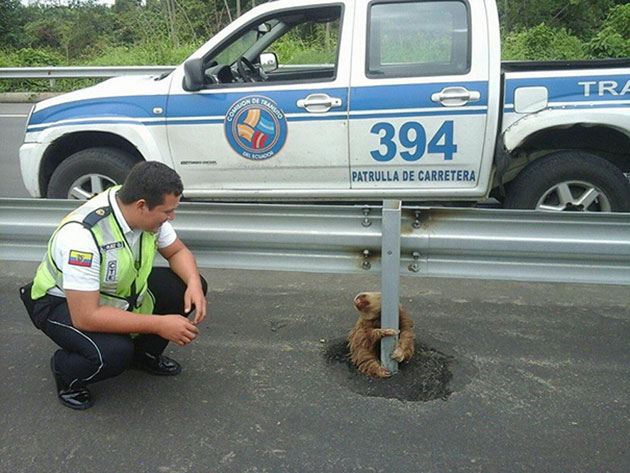 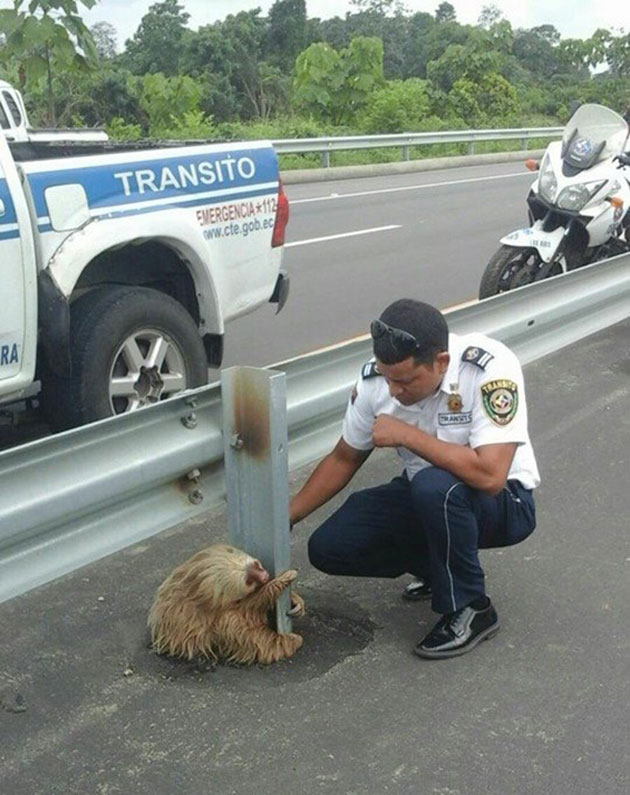 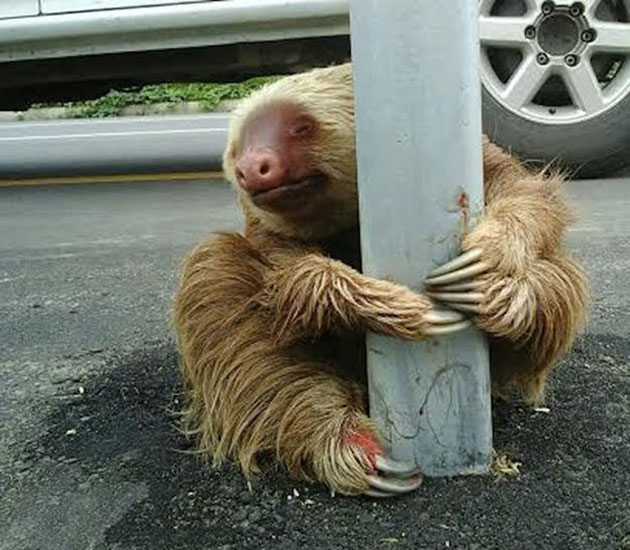