It is said that love will always find a way, but bad experiences always make hears grow closer. These two unlikely friends shared a similar destiny before they met. Their lives were sad and painful, but luckily, destiny brought them together.

The piglet, called Laura was rescued from a slaughterhouse in Chile by an inter-species equality sanctuary – Santuario Igualdad Interespecie. They say that the conditions in the slaughterhouse were terrible and the cages were so small sometimes the pigs’ teeth were pulled out for them to take less space. Fortunately, Laura was saved from there before she suffered a lot more.

The kitten, whose name is Marina was found abandoned and malnourished by her mother. She had been on the edge of death and when they brought her to the sanctuary many didn’t even believe that she would make it.

At first, these two little animals were trembling with fear but they bonded so fast that they instantly became best friends. 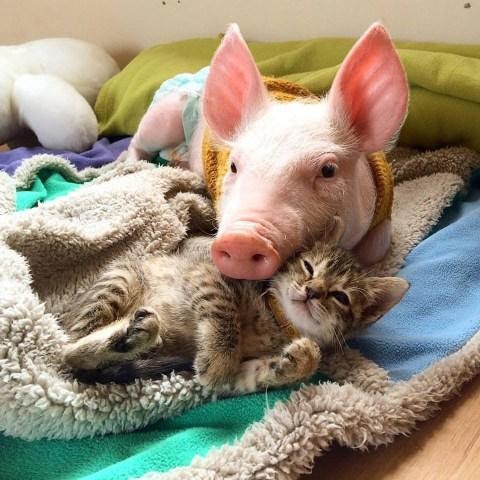 They cuddle and play together most of their free time.

It is always fun for researchers to look into unlikely friendships between different species like this with a reason that they might show us something about the way other species communicate with each other. But though this friendship might seem peculiar, cats have been known to get along very well with pigs.

All in all, we can learn a lot about unconditional love without any prejudices and stereotypes from animals, and we can hope that this might raise awareness that we need to take care of the animals and provide them with food, shelter, and love they deserve. 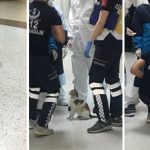 Heartwarming Photos: A Mother Cat Brought Her Sick Kitten To A Human Hospital 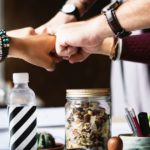 Having Loyal Co-Workers Is The Most Beautiful Privilege In Life