Respect. We all want it. Respect is something we look for in a relationship. We want it from our employer…or employees. We go so far as to demand it from our children.

But, how many of us really get the fact that the best way to earn respect is by giving respect?

Respect, by definition, is a deep and genuine admiration for another person because of their qualities, achievements, or abilities. That’s about THEM. There’s another definition of respect too…and it’s about YOU.

Respect, in its raw form, is the regard, or consideration, for the rights, wishes, feelings, or traditions of others. This type of respect is not contingent upon the other person’s actions or reactions. It is a manifestation of your own character quality – the quality of being respectful.

Giving respect is also contagious. While you might be the first one to give respect, and maybe the only one, you can bet it will come full circle. Those who give respect are earning it as they do so.

Joe was a fifty-something-year-old man who had respect drilled into him as a child. He was taught to respect everyone – without question. He was required to say “yes ma’am” and “yes sir” to any and everyone older than him.

He was expected to open doors for women and to treat them with the utmost consideration. He was also taught to respect those who did not necessarily earn or deserve his respect. “In respecting those who don’t return respect, you teach them how to respect,” his father had told him.

Joe grew up respecting others without second thinking it. It was something that became part of his very being. It was sewn into his character. He did it subconsciously.

One day, Joe opened his own business. He gained customers and employees as well. He treated all with the same respect. Some, however, did not return his respect…like Paul.

Paul was a young man who had never held a job before. Joe had gone out of his way to give Paul a chance. Paul continually disrespected that opportunity though. He was constantly late to work and his job performance was poor.

Joe always treated Paul with respect. The fact that Paul was causing the company harm could not be ignored, however. Joe called Paul into the office and spoke to him with authority…and respect. He informed him that he would have to let him go if he did not improve immediately. “I respect your feelings in the matter, but it is my obligation as a responsible business owner to make sure my decisions are made on what’s conducive to my company,” he explained.

A light bulb went on that fateful afternoon. “YOU respect ME?” Paul questioned.

“Of course I do,” Joe replied. “You are a person and I respect everyone.”

Paul decided that if he was respected by someone he respected, he could respect himself. He had never respected himself before. He began to make great strides in his performance and went on to become Joe’s right-hand man in the business. Why? Because someone gave respect and in turn, got respect and taught another human being how to respect himself and others.
Respect…pass it on!

Are you under the impression that you have to get respect in order to show respect? If you are, you may find yourself severely disappointed. While it would be nice for respect to always be a mutual act, life doesn’t always work that way. Operating under that belief is like being in a relationship where you are only happy if and when your significant other is happy. Chances are, you’re going to miss out.

Respecting others has rewards. It is something you give to others. Giving respect Ultimately though, it is a gift you give yourself.

This article is a copyright of the Resourceful Environment. Specify a source for republishing! 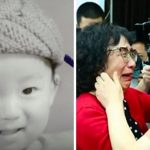 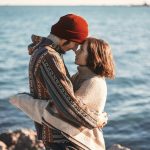 9 Telling Signs Your Relationship Is One-Sided 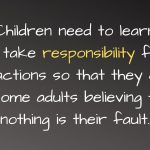 « Meet The “Dog With Sign” – A Cute Puppy With A Protest Signs
Psychologists: Those Who Receive Emotional Support From Their Spouses Have Chance To Succeed »