The next time when you go outside and go to a café, look around. You will see that there is a screen before each child around you. In the 21st century, as technology improves, we are becoming more aware of the fact that giving children a tablet or smartphone is a great solution for their boredom and tough temper.

Nevertheless, this phenomenon, also known as ‘screen time’ is affecting children’s physical and mental health and is creating behavioral problems. Therefore, some children break objects, some of them cry, some threaten to commit a suicide, etc.

A SCREEN DEPENDENCY DISORDER: WHAT IS ‘SCREEN TIME’ ADDICTION?

When it comes to using smartphones to play video games, evidence suggests that young girls and boys show addictive behavior. The reason for this is spending too much time before screens.

In the Journal of the International Child Neurology Association, Dr. Aric Sigman wrote that the term addiction is used to describe the increased number of young children engaging in different types of screen activities in a problematic way.

If children spend a lot of time in front of screens, they may experience some of the following symptoms:

HOW COMMON IS THE SCREEN DEPENDENCY DISORDER IN CHILDREN?

A 2015-study discovered that nearly 12 % of the American adolescents who play video games are pathological video-gamers. Even though playing video games does not need any intoxification or use of chemical substances, according to the researchers, it can cause symptoms of addiction, as the ones given above.

According to Dr. George Lynn, about 80 % of the problems of his patients are derived from playing video games, manipulating apps, watching online videos or using the social media excessively. The uncontrolled use of screen media during the day and night has led to a personality syndrome.

It is obvious that children sleep only 2 – 3 hours an night, and this contributes to a personality syndrome, too.

WHAT ARE THE EFFECTS OF ‘SCREEN TIME’ ON CHILDREN’S HEALTH?

If you experience screen dependency disorder, it may have countless adverse effects on your overall health. Claudette Avelino-Tandoc, a family and child development specialist, thinks that the screen dependency disorder in children may also lead to insomnia, sudden weight gain or weight loss, pain in the back, vision problems, poor nutrition, mood swings, agitation, severe headaches, dishonesty, anxiety and depression, loneliness and feelings of guilt.

These brain areas are responsible for organization and planning, suppression of unacceptable impulses and the ability to develop empathy and compassion, respectively.

In addition, according to Dr. Avelino-Tandoc, the gadgets and devices are useful tools for communicating, learning, doing research, entertaining, etc. Parents are dealing up with 21st century learners and they should let them manipulate and balance these useful tools.

The American Academy of Pediatrics, have recently issues new recommendations for children’s use of media and Dr. Lynn’s methods:

• For children under 18 months, the use of screen media should be avoided at all. Moreover, if you are a parent to children between 18 – 24 months and if you want to show them digital media, you should use high-quality programming and explain them what they are watching.

• For children between 2 – 5 years old, limit the use of screen media to 1 hour a day of high-quality programming. Parents should watch media together with their children and explain them what they are watching and how it relates to the everyday world.

• For children older than 6 years, limit the time they spend on social media and make sure that social media does not replace the time of sleeping, doing physical activities, hanging out with friends, etc.

• Establish ground rules and enforce them by creating social-media time together, like driving or dinner, and social media-free space at home, such as bedrooms.

• Engage in a conversation about online safety and citizenship, treating other people with respect offline and online, etc.

• Parents should balance the use of technology at home. Except using gadgets, they should stimulate their children to develop physically, improve their socio-emotional skills and enhance their language. 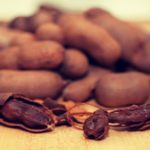 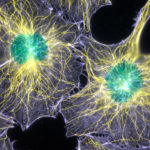 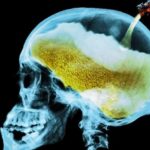 Here’s What Alcohol Does To Your Brain