The Irish president is famous for taking his pet dog with him to all the events he attends. Brod, his loving Bernese mountain dog recently was an unexpected guest at an event that the president attended and the internet loved it.

The president of Ireland, Michael D. Higgins might be Ireland’s proud national treasure, but his pet dogs Sioda and Brod seem to put a shadow over his fame.

On the 8th of March, there was an event celebrating the International Women’s Day in which the Irish president was taking part. During the event, one of his dogs, Brod, barged in the room full of officials, and looked for his favorite person, his human, the president. The moment he found him, he immediately rolled on his back as if asking for his belly to be rubbed.

Everyone else in the room found the situation to be very heartwarming and cute so they all laughed while the president couldn’t do anything else but to fulfill his dog’s desire and give him some belly rubs.

This event was received so positively on the internet that many celebrities shared their opinions about the Irish president and the whole incident in general. Mark Hamill, the actor from Star Wars said that he adored President Michael D. Higgins for what he did.

In an interview, Higgins said that he had dogs his whole life and he loves them this much because they are very sociable and great around kids too. 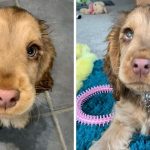 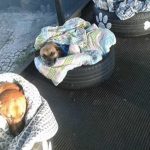 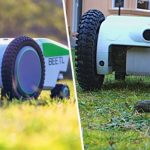 « Positive News: Earth’s Ozone Layer Is Continuing To Repair Itself
Today Is The 112th Birthday Of The Oldest Man On Earth »