The Cutest Story You Have Ever Seen: An Entire Kindergarten Class Gave Support To This Boy For His Adoption Hearing

A whole kindergarten group gave unconditional support to the 5-year old Michael Orlando from Michigan for his adoption hearing, which happened this Tuesday.

All kids from the kindergarten group congratulated Michael for the new chapter of his life. Mrs. McKee, Michel`s teacher, also attended the hearing and gave support to him. The idea to attend the adoption hearing and to give unconditional support to Michael was his teacher`s. His foster parents thought it was a great idea, too.

Michel`s father stated that the most adorable part of the adoption process was when the judge asked kindergarten mates what Michel meant to them and all stood up and said that Michel is their best friend. 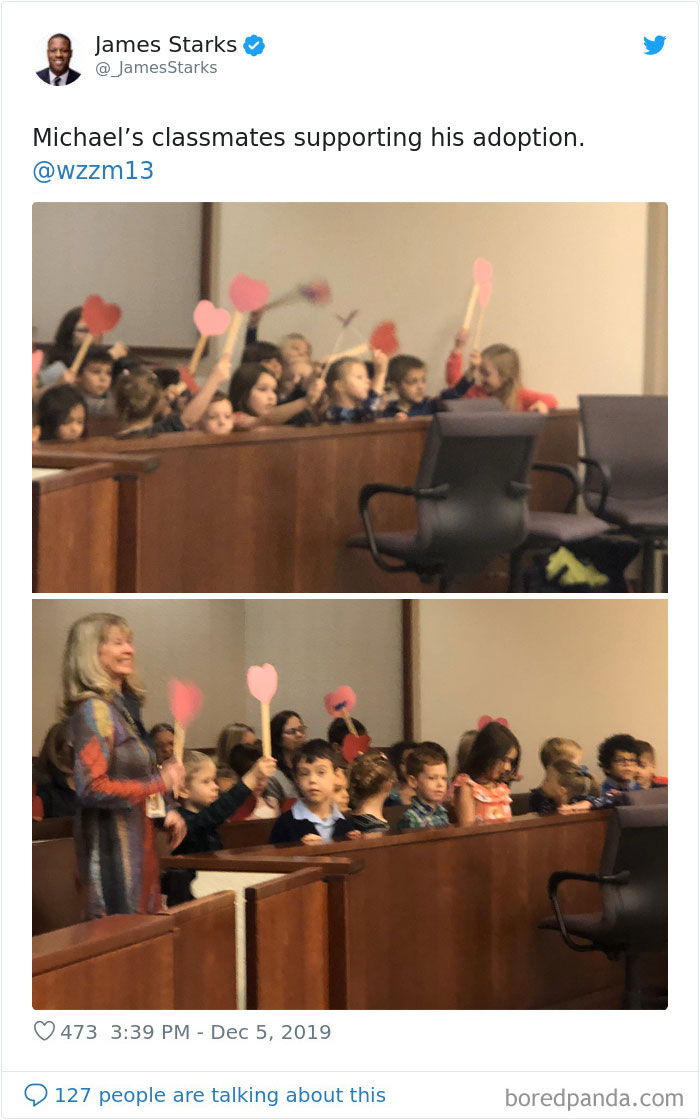 Watch the whole video of Michel`s adoption below

« Meet Ryzhik, The First Cat In The World That Has Prosthetic Limbs
8 Things People Commonly Say When They Are Not Telling The Truth »