This Type Of Frog From Africa Looks Like A Grumpy Avocado

Life on our planet is so diverse that we still haven’t met all the different species of animals that call Earth their home. Every animal is unique – some are magnificent and others might come off as scary or weird, but the Black Rain frog is certainly a very cute little frog that looks like its frowning all the time.

Rain frogs are generally native to the south and east parts of Africa, and this particular species, Breviceps fuscus, can be only found in the southern parts of South Africa. 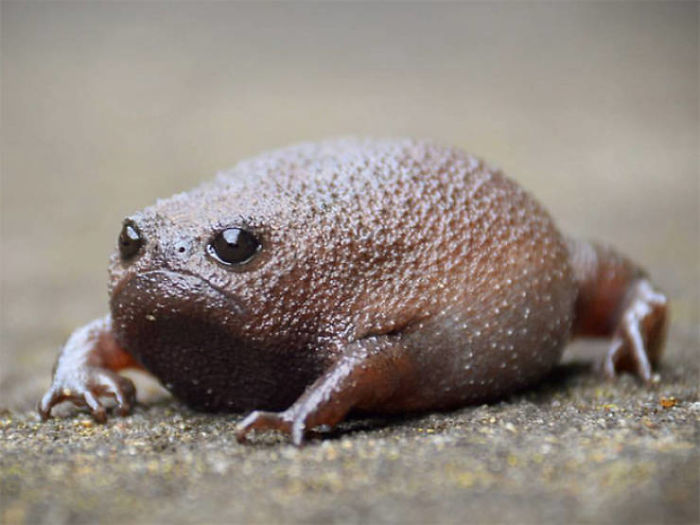 This frog is a burrowing type of frog and it doesn’t need water to survive. They can even be found in mountain forests as high as 1000 meters (around 3300 feet) above sea level.

The Black rain frogs have very small brown or dark grey bodies usually growing as tall as 40-50mm (1.6-2 inches). The position of their eyes and mouth on their face makes them look like they’re constantly frowning, and when they are in danger, they puff their little bodies up so they look like angry little avocados. The males also produce a loud chirping noise when they feel threatened. 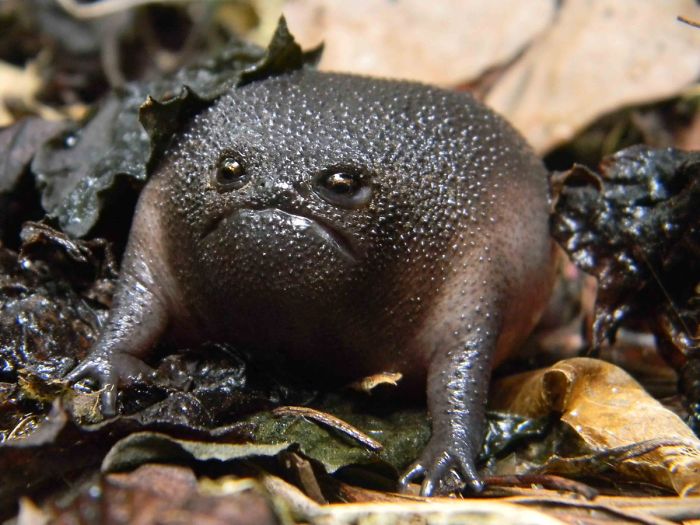 During mating season, females are known to produce a sticky substance on their backs called adhesive amplexus that makes sure the male doesn’t fall off their backs while mating. The females lay their eggs in a small burrow in the ground and then it’s the males’ job to guard the eggs until they hatch. 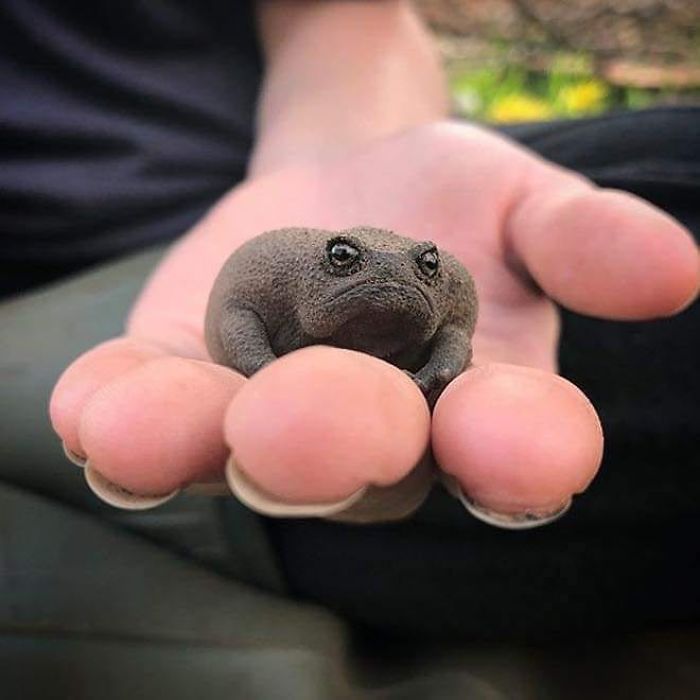 These frogs are endemic to South Africa and are only found there, but their habitat is well preserved and they can be found there in abundance.