What Your Earwax Says About Your Health

Ear is one of the most complex organs in the human body and it is responsible for the ability to hear and walk. However, one of the most important things that people usually ignore when it comes to the ear health is the earwax.

Its texture, color and odor mustn’t be ignored since they reveal a lot about our general health.

What is the role of the earwax?

Although it is viewed as a gross irritation, earwax is actually highly important for the body’s natural defense system. It is produced by glands located in the outer part of the ear canal and its main role involves:

The consistency and the amount of the earwax differ from person to person. When there is a buildup of earwax inside the ear, the following symptoms may appear:

What does the earwax in your ear say about your health?

The color of the earwax varies from person to person. However, some colors may indicate a certain health problem. The normal color is either orange or dark brown. If it is black, white, yellow or green it may suggest an infection which requires suitable medical treatment.

According to the otolaryngologist Benjamin Tweel, MD, smelly earwax is a symptom of an infection. The normal earwax doesn’t have any smell.

Dry and flaky earwax means that you have a skin issue, such as eczema which is usually accompanied by psoriasis.

Occasional scratching in the ear is absolutely normal. However, constant itching and scratching may be a sign of a bacterial infection.

The lack of earwax is not a serious problem. However, if it is accompanied by stuffiness and pain, it means that you probably have ″keratitis obturans″ – a condition which causes a hard buildup of earwax within the ear canal.

6. The earwax is leaking

If the accumulated debris in the ear canal starts leaking, it may suggest that there is an abnormal skin growth inside your ear, known as ″cholesteatoma″. It may also cause pressure and pain.

• Skin or bones infections that made the ear canal narrow
• Hearing aids
• Blockage within the ear canal
• Overproduction of cerumen
• Cleaning the ears with Q-tips, swabs, keys or hairpins
• Earphones placed inside the ears

Make sure you control the condition of the wax in your ears, since otherwise it may cause blockage and hearing issues. Avoid using cotton-tied applicators to remove the wax because they can break your eardrum. What’s more, they can force the earwax deeper into the ear shaft, which in turn increases the risk of bacterial infections.

The best and the safest way to remove the earwax, is to seek medical treatment, but you can also try the following ear cleaning method at home:

• Soften the earwax – put few drops of glycerin in your ear canal.

• Spray warm water – after the earwax has softened (usually after two days), spray water in your ear by using a syringe with a rubber bulb. Then, let it drain out.

Note that if you suffer from diabetes, eczema, perforated eardrum or weak immunity, you mustn’t use this method to irrigate your ears. 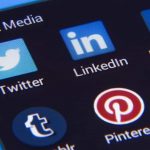 Why Too Much Social Media Is Harmful For Middle School Kids 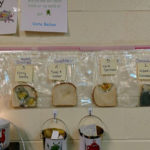 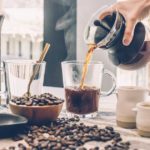 A Few Reasons To Try Adding Butter To Coffee